MORGANTOWN, W.Va. — The 2016 gubernatorial primary includes a state senator who represents half of Monongalia and Marion counties.

Kessler served as Senate president after his predecessor, Tomblin, ascended to the governor’s office. He became minority leader when the GOP took over the Senate after the 2014 election and Cole succeeded him as president.

Here are the candidates’ campaign finance reports for the first of six 2016 reporting periods: The Primary-First period through March 25, due by April 1. The next set, Pre-Primary, covers March 26 through April 24 and is due April 29. The primary election is May 10.

Kessler previously made an unsuccessful bid for governor in a 2011 six-person special primary race that led to Tomblin’s election. His Senate district includes western and northern Mon and western Marion, along with all of four counties and parts of two others.

Goodwin’s war chest for the period was slightly larger than Kessler’s, at $281,856.

Goodwin raised $155,696 in individual contributions. Among his donors are former Gov. and Rep. Bob Wise and former U.S. Sen. Jay Rockefeller, who gave $1,000 each.

Justice raised and spent more than his two opponents combined.

Among the donors at these were Sen. Joe Manchin’s leadership PAC (a PAC created by a politician to donate to other politicians) Country Roads and basketball legend Jerry West, giving $1,000 each.

Cole comes closest to Justice in fundraising and spending.

Among the donors at these were various GOP legislative leaders and former gubernatorial candidate Bill Maloney, at $1,000 each.

The  78th Annual National Newspaper Week is Oct. 7-13.  It is the only national industry observance of newspaper…
byDon Smith 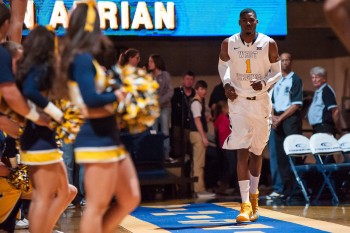