When members of the West Virginia Press Association gathered in Charleston last week to hear from lawmakers and lobbyists during the group’s annual Legislative Breakfast, one of the topics of discussion was the oil and natural gas industry — and, in particular, pipelines.

State Senate Minority Leader Roman Prezioso, D-Marion, talked briefly about his surprise, back in December, at discovering the “man camps” (plots of land filled with the mobile trailers in which relatively transient oil and gas industry workers live) he was accustomed to seeing in his communities had been cleared. After at first hoping many of them had simply headed home for an extended break over the holidays, Prezioso said someone explained to him that, no, movements to stop work on disputed pipelines had meant those workers had nothing left to do. They had packed up and moved on to the next job.

It is a story that demonstrates just how temporary part of this alleged economic boom from oil and natural gas really is, in the Mountain State. Later, when asked just HOW temporary, Independent Oil and Gas Association Executive Director Charlie Burd, of Vienna, acknowledged this wave of construction jobs might last about three years.

Opportunity Is knocking in downtown Wheeling and investors are answering

By CASEY JUNKINS The Intelligencer and Wheeling News-Register WHEELING, W.Va. — Dean Connors said until 2016, he had…
byDon Smith 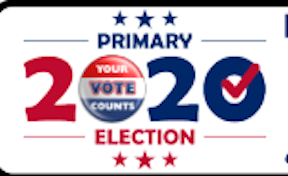 May 19 is last day to register to vote in West Virginia for June 9 Primary; Early in-person voting begins May 27