Editor, The Intelligencer of Wheeling
Republican legislators, along with a few Democrats, were leery of handing Gov. Jim Justice $105 million on what amounted to speculation. Justice billed his request as the Save Our State fund, but he had few details as to how the money would accomplish that.

After being turned down flat on that, Justice was unable to get even $35 million for SOS. One can hardly blame lawmakers, who had trouble balancing the budget without giving the governor his economic development money.

But what if it was a sure thing, or at least close to it? What if a $100 million investment could be paid back in six years — and with 4,000 good jobs for Mountain State residents?

Lawmakers may want to start asking themselves those questions, along with where in the world they could find that much money.

Justice and a few other state officials have had discussions with Toyota and Mazda executives regarding the possibility of an automobile assembly plant serving both firms and located in West Virginia. State Commerce Secretary Woody Thrasher outlined the possibilities the other day in a meeting with some legislators.

If the Toyota/Mazda partnership chooses West Virginia, it could be a gold mine. Thrasher estimated the plant alone would create about 4,000 jobs, at $60,000 a year. Spinoffs — new or expanded businesses servicing the plant and its workers — could mean many more.

But, assuming other hurdles can be cleared, there’s the matter of economic incentives. The state that lands Toyota/Mazda will have to come up with $100 million in incentives, Thrasher told lawmakers.

“I think it’s crazy not to come up with $100 million,” he added, noting that income taxes from the plant’s workers would pay that back to the state in about six years.

We in the Mountain State like to think we can stand on our own two feet, relying on our work ethic, skills and quality of life to bring new jobs here. Would that it were so. It hasn’t been that way for many years.

Big incentives are the way the economic development game is played these days. Even 20 years ago, when South Carolina talked BMW into building a plant there, $130 million in local and state incentives were needed. In terms of benefits, with all due respect to the German car company, BMW is peanuts compared to Toyota/Mazda.

Here in West Virginia, we know about the necessity of offering incentives. In 2003, state officials managed to scrap together a $250 million economic development package on promises not far from as vague as those Justice offered earlier this year.

Forty-seven different businesses received help from that fund. One of them was Cabela’s, the giant outdoor recreation company that anchors The Highlands development in Ohio County. Something like $36 million out of the state fund was needed to entice Cabela’s — but if you’ve been to The Highlands lately, you may have noticed the investment (and others on the local level) paid off.

But that was the good old days, when the state wasn’t hard-pressed to balance its budget, you say?

Well, yes and no. Times were better for state government, but they weren’t comfortable. The state’s fiscal 2003 general revenue budget totaled $2.93 billion — and when the 12 months had passed, collections were $13 million short of that amount.

So state officials took a leap of faith with that $250 million package in 2003, at a time when “investing” in development wasn’t easy.

Economic development can move very quickly. It’s entirely possible Toyota/Mazda will pick a state other than West Virginia. But Justice and legislators need to be ready if it comes down to whether we can come up with the $100 million.

And by the way, Toyota/Mazda officials may want to think about the success the former company has had with an engine and transmission plant on which Toyota took a chance a few years back. As I recall, it has won awards for quality and productivity.

— Myer can be reached at [email protected] 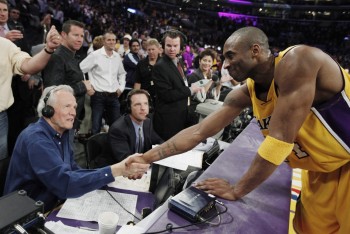 A column by Chuck McGill, sports editor of the Charleston Daily Mail  CHARLESTON, W.Va. — This was supposed…
byBrian Canterbury