BLUEFIELD, Va. — Tazewell County officials are applauding the news that a site on East River Mountain in Tazewell County is one of two in the region being considered for a $2 billion pumped hydroelectric storage facility.

Dominion Energy announced Thursday morning that the 4,100-acre site is near Bluefield, Va. — — across the border from Bluefield, W.Va. — and the other possible location for the facility being considered is in an abandoned mine in Wise County.
According to the company, Dominion already owns 2,600 acres on the Tazewell County site, which is just east of the Bluestone Business and Technical Center off U.S. 460.

“The preliminary estimate for a single facility could be in the range of $2 billion and provide millions in tax revenue to counties in the coalfield region,” Dominion said. “The project would also create hundreds of jobs during construction and up to 50 permanent jobs when complete.”

Hydroelectric storage, also known as pumped storage, works by storing water in an upper reservoir, according to Dominion. When electricity is needed, water is released to a lower body of water, spinning turbines to produce electricity.

“Our board is excited about this prospect. Construction spending in our county would be a tremendous boost to our economy in the short term, meaning not just construction jobs but jobs supporting construction, hotels, restaurants, and retail shopping. In the long term, jobs operating the facility would be high paying reliable employment for Tazewell County residents.” —  John Absher, chairman of the Tazewell County  Board of Supervisors.
“This is exciting news for Tazewell County and we hope that this site will be suitable for the pumped hydroelectric facility,” said Patricia Green, county administrator. “If selected, the project would mean hundreds of local jobs during construction for Tazewell County residents and many others living in the coalfield region.”
Green said it would also mean extra tax revenue, which would “significantly” improve county finances and help alleviate some of the tax burden on residents.

“Earlier this year our board endorsed a regional revenue sharing agreement for the eight coalfield jurisdictions, so Buchanan, Dickenson, Lee, Russell, Scott and Wise counties and the City of Norton will join us in supporting the project and share in the revenue windfall,” she said.

“This project would be a tremendous boost for Tazewell County,” said Eastern District Supervisor Charlie Stacy. “It is five to seven years of construction with very good-paying jobs.”

“From those standpoints, it is an amazing opportunity for the county,” he said.

But Stacy did sound a cautionary note related to a project that Dominion Energy had pushed several years ago – wind turbines.

Part of the plans for the hydroelectric facility is to include utilizing a renewable energy source in Southwest Virginia, and he said he understood that the wind turbine project would not be a part of this.

“My constituents have made it very clear they do not want the wind turbines on top of East River Mountain.,” Stacy said. “I am super excited about the hydroelectric project and we welcome it. But I want to be assured it’s not tied to the wind turbines.”

Stacy also said that the hydroelectric project would have two reservoirs, one on top of the mountain and one below, but the one below would be located on the southern side of East River Mountain, not on the U.S. 460 side.

“There’s’ a lot of farmland over there (on the southern side) and I think that is what they are looking at,” he said.

Stacy said the county has been tracking this project for awhile and has been involved in the process.

“We are welcoming it and we have been asking them to come in and do another project other than wind turbines,” he said.

Bluefield Mayor Don Harris is taking a wait-and-see attitude toward the possible project here.
“I would be interested in having it here if it is feasible,” he said. “It would provide additional employment and revenue. We would really need to see what the project is all about and work with our partners in the county.”

Harris said he also wants to learn the plans for finding a water source for the reservoirs.

“Our board is excited about this prospect,” said John Absher, supervisors chairman. “Construction spending in our county would be a tremendous boost to our economy in the short term, meaning not just construction jobs but jobs supporting construction, hotels, restaurants, and retail shopping. In the long term, jobs operating the facility would be high paying reliable employment for Tazewell County residents.”

“We are on parallel paths with performing studies on these two sites,” said Mark D. Mitchell, Dominion Energy’s vice president-general construction. “The FERC (Federal Energy Regulatory Commission) application for the Tazewell site will allow us to proceed with the rigorous environmental, geological, archeological and technical studies, while further assessing the economics of the project. In addition, the detailed study on the mine site allows us to explore the feasibility of abandoned mine cavities for pumped hydroelectric storage. We expect to make a decision on which site to advance by mid-2018.”

According to Dominion, the station is best described as a large-scale rechargeable battery, where power is stored and then released when needed. The “on-demand” nature of pumped storage makes it an appealing resource, adding diversity to Dominion Energy’s generating fleet.

“I firmly believe that pumped storage hydropower holds great promise for the coalfields of Southwest Virginia,” he said. “The coalfields already have much of the infrastructure for this technology. In return, they would benefit from the jobs these facilities would bring and the energy they would provide.”

All city and county governments in the region would share in revenues generated by these projects, he added. 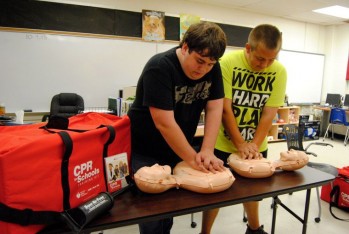 By JIM ROSS The State Journal CHARLESTON, W.Va.  — If there are two things West Virginia employers are…
byDon Smith