BECKLEY, W.Va. — People who want to cast their ballots early for the May 8 primary election have until Saturday to do so.

Early voting for the primary election began April 25 and ends on Saturday. As of 8:45 a.m. Thursday, 42,923 people had cast ballots so far. Of that number, 22,299 were Democrat, 13,981 were Republican, 24 were Mountain Party, 6,493 were no party affiliation, and 126 were other, according to data from the West Virginia Secretary of State’s office.

Here is the county breakdown so far for early voting: Raleigh: 1,330 total, 692 Democrat, 447 Republican, one Mountain Party, 190 no party affiliation. 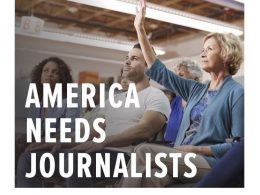 By ANDREA LANNOM The Register-Herald CHARLESTON, W.Va. — Standing in front of the West Virginia Capitol, a grassroots…
byDon Smith

By BISHOP NASH The Herald-Dispatch HUNTINGTON, W.Va. — It’s hard to overstate how much Marshall University means to Huntington.…
byDon Smith