CHARLESTON, W.Va. — China Energy has canceled its trip to a petrochemical industry event in the United States — where officials were expected to make an announcement about the company’s more than $80 billion natural gas investment deal with West Virginia — because of the Trump administration’s trade spat with China, according to a West Virginia University official involved in the deal.

Brian Anderson, director of the WVU Energy Institute, said China Energy, majority owned by the Chinese government, canceled the visit to the Northeast U.S. Petrochemical Construction Conference in Pittsburgh about three weeks ago.

“In the middle of the back and forth with tariffs and trade issues with the U.S. and China, the China Energy folks said, ‘Well, this is certainly not the time for high-level executives and the CEO to pay an official visit to the U.S. and West Virginia — we really need to see the trade issues resolved,’” Anderson said.

BECKLEY, W.Va. — The watchdog arm of the Environmental Protection Agency found the agency is not doing enough…
byBrian Canterbury

By EVAN BEVINS, Parkersburg News and Sentinel PARKERSBURG, W.Va. — The revelation of a potential settlement agreement with…
byDon Smith 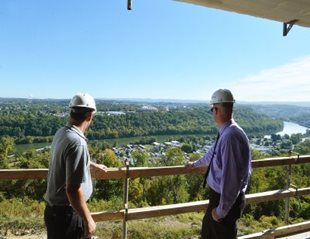 MORGANTOWN, W.Va. — The Courtyard by Marriott under construction at University Town Centre is the first Courtyard in West…
byBrian Canterbury