CHARLESTON, W.Va. — Tom Thiltgen wanted to be a farmer.

While living in Virginia Beach, Virginia, he longed for a slower pace of life in the countryside where he could live off of the land with his wife and four children.

So, they moved; but his picturesque dreams took a very different turn after moving to the Mountain State.

Eventually, the family found themselves in Calhoun County, where their three acres of land were too steep to farm on. Rather than acres of corn and tomatoes, Thiltgen found himself growing trays of tiny, tender, edible greens, called “microgreens.”

“I’d done a lot of research on urban farming and permaculture, so coming to the country I thought, ‘Oh, I don’t have to worry about all of that, I’m going to have all of this space,’” he said.

But it wasn’t really usable space.

“It kind of challenged me. The first thing that came to mind was to use urban farming techniques,” he said.

Instead of thinking big, he started thinking small — really small.

“In the urban farming world, microgreens are a big thing because they don’t need much lighting and there isn’t much startup,” he said. “You just get some trays, pack down the seeds and sprinkle it with some water and it just grows within 10 days.”

He started with sunflower microgreens and first sold them at the Winter Blues Farmers Market in February.

The “tiny but mighty” mini-greens caught on with curious customers. So much so that in April, he quit his job in building maintenance and started growing and selling several varieties full-time.

Since then, he’s held a booth one day each week at Capitol Market, where his farm, “Thiltgen Family Farm,” has built up a loyal customer base.

Now, in a spare room of his home, Thiltgen grows up to 40 trays of little vegetable varieties at a time. The tiny greens germinate from the seeds of vegetables and are harvested at the seedling stage.

His crops appeal to a niche market of curious customers looking to try the next trendy vegetable.

“A lot of people don’t know what it is outside of the health community,” Thiltgen said. “In general, a lot of what I do is educating people. Once they sample it, they’ll buy it.”

Microgreens are surprisingly packed full of flavor, he said, but are more widely known for their extensive health benefits.

According to the U.S. Department of Agriculture, microgreens contain concentrated amounts of many key nutrients needed to be healthy, including vitamins C, E and K.

While many of his customers use his product in soups, stir fry, sandwiches or omelets, he says chefs typically prefer to use it as a garnish. He’s sold to a few local restaurants, including Bluegrass Kitchen and South Hills Market.

His booth turns heads of customers who are curious about the tiny living lettuce. A sign reads, “No need for vitamin pills — microgreens are packed full of nutrients, live enzymes and minerals!”

Thiltgen brings the trays of red cabbage, kale, sunflower and tendril peas and keeps them alive and growing right up to the point of purchase. Then, armed with a pair of scissors, he snips as close to the dirt as he can.

Once harvested, he says the greens keep up to a week in the refrigerator.

Since they don’t keep well and pose a safety risk, large national chain stores don’t sell them — which is why his customers rely so heavily on him.

“It’s like taking medicine, I worry about running out of it,” said Judy Carey, a customer who visits him on a weekly basis. “I’m his biggest fan. I’m always afraid that if I’m not here on Thursday, I’ll have to go a whole week [without].”

Like many Capitol Market customers, Carey was skeptical when she first met him in April. She uses the greens in salads and adds them to most meals.

She will continue to make her weekly trips to visit him until it becomes too cold and Thiltgen can no longer sell outdoors. 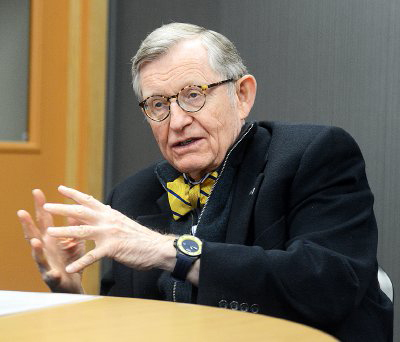 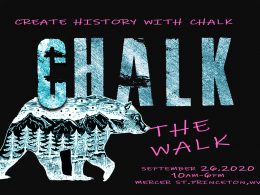 Release from The Bronze Look: PRINCETON, W.Va. —  Chalk the Walk, one of the largest art projects in…
byDon Smith

What you need to know about WV’s medical marijuana bill

By ERIN BECK Charleston Gazette-Mail CHARLESTON, W.Va. — The following are some potential questions by prospective patients, as…
byDon Smith