CHARLESTON, W.Va.  — The bill to sell Hopemont Hospital that passed in the House of Delegates late Friday afternoon, subsequently died on the Senate floor around 8 p.m. Friday evening.

The House of Delegates passed an amended version of Senate Bill No. 1011 entitled the “Sale of Hopemont” with a vote of 51 in favor, 37 against. Twelve delegates were not in attendance for the vote late afternoon Friday.

The bill was sent back to the senate due to minor wording changes made by the House of Delegates.

The Senate brought the bill back to the floor for a vote during an early evening session where it failed.

Ten senators including Senator Dave Sypolt (R-Preston) voted for the bill, 17 against and 7 senators absent.

Smith addressed the Senate urging his fellow senators to vote against the bill as there is no accountability and too many questions.

“There is nothing in this bill addressing what happens if this plan doesn’t work,” Smith said. “Where is the financial responsibility.”

“I can guarantee you one way or another we are going to pay,” Smith said. “These employees have pride in their work, and they are working right now.”

Delegate Tony Lewis (R-Preston) who voted against the bill, continues to fight against the sale of Hopemont Hospital.

“We have been here before,” Funk-Sypolt said. “And I have spoken to this bill before. We were blindsided in the regular session when this came to the floor, and our concerns were about the patients and the employees.”

Funk-Sypolt said her concerns were addressed with the amendments to the bill of having a new facility built within five miles of the current facility and staying within West Virginia, and keeping the residents in the area.

“Our number two concern was the employees, and that has been addressed,” Funk-Sypolt said. “And our third concern was the county. We have been guaranteed by Department of Health & Human Resources (DHHR), they would work with the county to get a new facility.”

Lewis who was in the House Finance Committee meetings on Thursday as the Hopemont bill was discussed said DHHR Secretary Bill Crouch was in attendance.

“As I sat in the House Finance Committee meetings yesterday and they made these changes, Secretary Crouch was there,” Lewis said. “I think there are too many entities and politics involved in this whole situation.”

“Crouch said there are private entities already interested in Hopemont Hospital,” Lewis said. “There is something quite not kosher going on here.”

Lewis also said when the bill was brought up again in special session it could have been pulled off the floor.

“What good would that do,” Lewis said. “This has been going on for a couple of years. Pulling it off the floor doesn’t take care of the problem, it needs to be resolved.”

Lewis said he has been working with Delegate Funk-Sypolt, as well as Senators Sypolt and Smith, to get Crouch up to tour the facility before the bill was addressed by the legislature, but that didn’t happen.

“We do have a guarantee the secretary will visit the facility,” Lewis said. “But unfortunately it will not be until after the bill is passed.”

“From the beginning of this I have been saying a decision should not be made without visiting the facility first, but he did,” Lewis said. 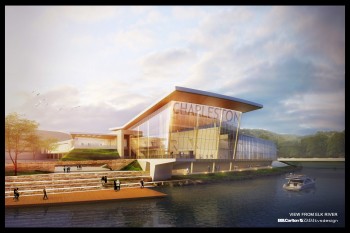