Speaker Armstead:
“I’m saddened that the Governor has decided to throw our state into uncertainty and put fear and worry into the hearts of thousands of hard-working West Virginians because he didn’t get his tax increases,” Speaker Armstead said. “The Legislature delivered a responsible budget that controls spending and makes our state live within its means – a budget that received the support of an overwhelming majority of members in the Legislature.

“With his veto, the Governor has guaranteed another special session,” Speaker Armstead said. “In the end, I do not believe the House will agree to his plans and an additional session likely won’t significantly change the original outcome.

“This Legislature met for 60 days this year and considered proposal after proposal to raise revenue or reform our tax code, but ultimately did not reach any consensus or build enough support around any of these proposals,” Speaker Armstead said. “The majority of our members have heard the calls of the people they represent – they believe they are taxed enough already and simply cannot afford to pay more for a government that continues to grow year after year.”

“Today’s decision by Governor Justice isn’t entirely unexpected, but it’s nonetheless disappointing. From the beginning, the Senate’s position has been to deliver a budget to the people of West Virginia that lives within its means, and to do that within the 60 days of the regular Legislative session.”

“We lived up to this promise. While it was our hope that the Governor would have signed our reasonable and responsible budget, it’s clear his vision for West Virginia’s future involves a completely different path. We remain committed to working with both the House of Delegates and the Governor to control spending.”

However, any compromise on this budget absolutely must include comprehensive tax reform.I truly believe tax reform is a bold way to move West Virginia forward, and I hope we will have the support of the House of Delegates and the Governor to achieve this goal.” 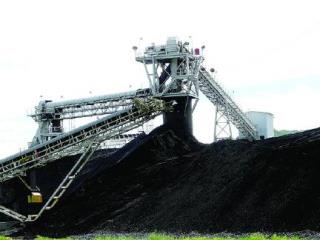 WHEELING, W.Va. – West Virginia has a significantly higher unemployment rate than the rest of the nation, according…
byDon Smith
byDon Smith

MORRISTOWN, Ohio – Thousands of country music fans will filter into the Jamboree In The Hills site starting…
byBrian Canterbury