In a Wednesday call with reporters, Hardy said collections for last month came in at about $468 million but were still below estimates.

“It was disappointing because it was $58 million below our estimate,” he said, noting the year-to-date collections are $160.1 million below estimate and 2.4 percent above last year’s receipts.

“Neither of those two numbers are encouraging,” Hardy later said. “April is the most critical month for revenue expectations. In order for us to meet projections, we would have had to have had an 8.5 percent growth in April. Based on our numbers, we didn’t come anywhere close to that.”

There are still two more months to go until the end of the fiscal year but Hardy said he doesn’t anticipate a significant spike to finish the year.

The good news, Hardy said, is that according to the U.S. Energy Commission Administration, coal production is up 19 percent since the beginning of this year. He said severance tax collections saw a surplus of $10.8 million.

He also said that natural gas prices are up 60 percent compared to a year ago.

Hardy said coal and natural gas have bottomed out and are starting to experience a “very slow recovery.”

“I think it’s very encouraging, but I think it takes time for that economic activity to be reflected in other numbers,” Hardy said. “Next year, we may see improvement in personal income tax for what happened in 2017.”

Mark Muchow, deputy revenue secretary, said he expects surpluses in severance tax through the end of the fiscal year and beyond.

Hardy also said Wednesday that personal income tax was down by about $43 million, which he said reflects lower incomes in West Virginia in the 2016 calendar year. The deficit is attributed to an estimated 17 percent reduction in annual return payments from the previous year.

He also said consumer sales and use tax is down by $14 million, which reflected a continuing trend of reduced taxable sales activity, partially because of sluggish wage growth.

“Consumer sales and use tax is a good marker of economic activity and purchases made,” Hardy said. “A lot of it is the same old same old. Revenue projections are disappointing except for severance, which continues to improve and that’s again the numbers reflecting natural gas prices that have gone up 60 percent and coal, which is up 19 percent since the beginning of 2017.”

Muchow talked about the measures the Legislature enacted to provide one-time funds to close the 2017 gap. In April, the one-time gap fill revenue transfers included $35.8 million.

“We are in good shape this year,” Muchow said. “The worst case was $192 million. A month ago, it was $123 million. The Legislature addressed the gap.”

The Herald-Dispatch of Huntington is one of today’s Top Ten Front Pages on the Newseum site.
byBrian Canterbury

FAIRMONT, W.Va. — Whether it’s on the field or in a parade, you can hear Will Johnston’s trumpet.…
byBrian Canterbury

By TIM COOK The Journal SHEPHERDSTOWN, W.Va.  — The mystery, interest and anticipation in finding the next owner…
byDon Smith 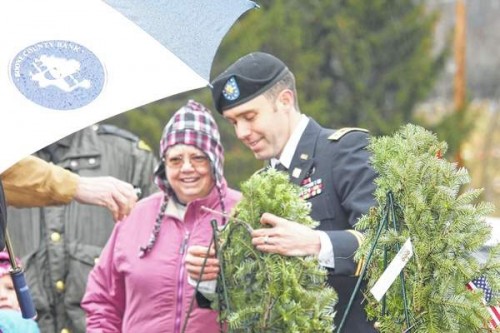