The treasurers’ request comes a day before McKesson’s annual shareholders meeting in Irving, Texas. The treasurers said they will “re-evaluate” their states’ investment position in McKesson, and encourage other institutional investors to do the same, if the board ignores their demands.

The treasurers stopped short of saying they would recommend pulling investments in McKesson stock.

“West Virginia has been ground zero for the opioid epidemic, and I am deeply concerned for the people of my state,” said West Virginia Treasurer John Perdue, a native of Boone County, which has one of the highest drug overdose death rates in the United States. “These ‘Big Pharma’ companies need to address the issues head-on and make changes to protect future generations.”

Perdue, along with fellow Democratic state Treasurers Michael Frerichs of Illinois and Joseph Torsella of Pennsylvania, asked McKesson’s board to do the following:

Change the company’s bylaws and appoint an independent board chairman. (McKesson CEO John Hammergren now doubles as board chairman).

Hire an independent consultant to gauge the financial risks the company faces because it distributes prescription painkillers.

Link executive pay with progress in curbing the opioid crisis.

Issue a report on the impact of the opioid epidemic and possible solutions.

The International Brotherhood of Teamsters union made similar demands last week. The Teamsters plan to protest outside McKesson’s shareholders meeting this morning.

Between 2007 and 2012, McKesson shipped 54.3 million oxycodone pills (typically sold under the brand name OxyContin) and 46.2 million hydrocodone tablets (Lortab, Vicodin) to West Virginia, according to the state’s lawsuit.

During the past six months, about a dozen counties, cities and towns in West Virginia have filed suit against McKesson — or announced their intention to do so. The lawsuits also name other drug wholesalers as defendants.

The complaints seek to link the nation’s rash of heroin overdoses to the flood of prescription pain pills shipped by the distributors.

Earlier this year, McKesson hired an outside law firm to investigate allegations raised in Morrisey’s lawsuit. The investigation came at the request of the Teamsters, which has pension and benefit funds that invest in McKesson.

McKesson has appointed three of its board members to oversee the investigation.

The law firm has agreed to meet with Teamsters officials and invited the union to turn over any information that should be investigated.

The state treasurers sent a letter outlining their requests to McKesson board member Ed Mueller, who serves as lead independent director.

“While we don’t manufacture, prescribe or dispense opioids to patients, we are doing everything we can to help address this crisis in close partnership with doctors, pharmacists, government and other organizations across the supply chain,” Chasen Hunter said.

By TIM MacVEAN The Inter-Mountain ELKINS, W.Va.  — Many area officials and residents have shared concerns — and…
byDon Smith 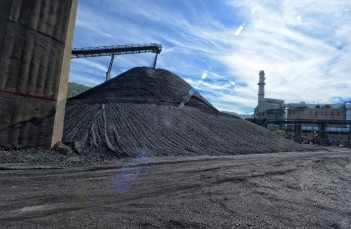 CHARLESTON, W.Va. — The House of Delegates voted overwhelmingly Thursday to give major tax cuts to the coal and…
byBrian Canterbury

By Andrea Lannom The Register-Herald of Beckley CHARLESTON, W.Va.  – Bills to incentivize people to attend community and technical…
byDon Smith