The regional bureau of The Associated Press, shares 10 things you need to know Thursday, May 24, 2018. Look for full stories on these late-breaking news items and much more in West Virginia newspapers.

1. NORTH KOREA DEMOLISHES WHAT IT SAYS IS NUCLEAR TEST SITE

The demolition happened in the presence of foreign journalists at the site deep in the mountains of the North’s sparsely populated northeast.

Lawmakers from both parties are set to meet with top intelligence officials on the outside informant as Trump calls the special counsel probe into his 2016 campaign “spygate.”

3. WHO WAS CALLED A ‘POLITICAL DUMMY’

North Korea lobs another verbal salvo, this time at Vice President Mike Pence, ahead of a scheduled summit next month in Singapore, after he was the latest top Washington official to cite the “Libya model.”

4. SECURITY TROOPS ON US NUCLEAR MISSILE BASE TOOK LSD

Documents obtained by the AP reveal at least six airmen were buying, distributing or using the illegal hallucinogen and other drugs on a highly secure military base in Wyoming.

Owners announce that players would be required to stand for the national anthem if they’re on the field before a game, but gave them the option of staying in the locker room if they wouldn’t comply.

6. CHINA, JAPAN PROTEST US PROBE INTO NEED FOR AUTO TARIFFS

Both countries condemned Trump for invoking a 1962 provision that authorizes a U.S. president to restrict imports and impose unlimited tariffs on national security grounds.

7. ‘SHOULDN’T HAPPEN TO ANYBODY’

Milwaukee’s police chief apologizes to Bucks player Sterling Brown for a January arrest that started with a parking violation and escalated to include the use of a stun gun.

8. WHO IS BLAMED FOR FLIGHT 17 DESTRUCTION

Investigators say that video analysis of images establishes that the Buk missile that brought down the Malaysia Airlines flight nearly four years ago, killing all 298 on board, came from a Russia-based military unit.

Tommy Chong of “Cheech and Chong” fame says he never doubted he’d live to see the day when marijuana would be legal in one form or another in 30 states across the country.

Alex Ovechkin leads the Capitals to a 4-0 win over the Lightning in Game 7 of the Eastern Conference final, a victory that sends Washington to the Stanley Cup Final for the first time in 20 years. 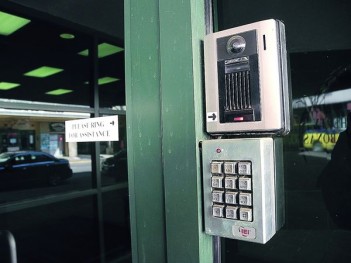