CHARLESTON, W.Va.  – At a time of extreme job loss in West Virginia, the state Legislature has been debating initiatives that could effectively eliminate West Virginia’s thoroughbred racing industry – and the thousands of jobs it provides, according to representatives of the state’s horse racing industry.

During a news conference at the State Capitol in Charleston today, industry officials questioned the legislative action.

“The mere threat of passing legislation which would decouple racing from casino operations in West Virginia creates tremendous instability in the thoroughbred breeding and racing industry in our state,” said Delegate Paul Espinosa, who represents Jefferson County. “Thoroughbred breeders have choices where they conduct their operations and West Virginia has been a desirable place for them to do business, but the current atmosphere of uncertainty has breeders looking elsewhere.”

Espinosa said more than 5,300 West Virginians are employed by the horse racing industry in Jefferson and Hancock Counties alone, in addition to the millions of dollars that the industry provides to local governments and the State budget.

“I implore my colleagues in the Legislature, as well as Governor Tomblin, to take steps to ensure the viability of the horse racing industry in West Virginia into the future.”

Espinosa said there have been various pieces of legislation introduced during the legislative process that could negatively impact the horse racing industry.

Joe Funkhouser, a member of the Board of Directors of the Charles Town Horsemen’s Benevolent & Protective Association, said, “The thoroughbred racing industry in West Virginia has been a part of solutions to help the state budget and pay down debt.  Our industry took a permanent ten percent reduction in the Breeder and Purse Fund in 2014.  We also accepted supplementary charges to help pay down the long term debt in the Old Workers’ Compensation Fund. While other industries have participated in this supplementary charge, those industries will be relieved of this debt once the ‘Old Fund’ is paid off later this year.  Unfortunately, the thoroughbred industry has been left out of receiving that relief.”

“The thoroughbred racing industry is a huge component of the economy in Hancock and Jefferson Counties,” said Jana Tetrault of the Mountaineer Park Horsemen’s Association. “I urge our legislature and governor to do all they can to keep our West Virginians working.” 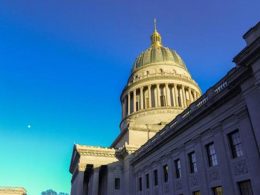