CHARLESTON, W.Va. – The following events happened on these dates in West Virginia history. To read more, go to e-WV: The West Virginia Encyclopedia at www.wvencyclopedia.org.

Aug. 13, 1900: Railroad mogul and founder of Huntington, Collis Potter Huntington, died. Raised in poverty, Huntington went west when gold was discovered in California. There he became rich, not from mining but by selling supplies to miners.

Aug. 14, 1894: Entertainer Ada Beatrice Queen Victoria Louise Virginia ‘‘Bricktop’’ Smith was born at Alderson. She performed in Paris in the 1920s and opened her own club, called the Music Box, in 1926.

Aug. 14, 1943: Astronaut Jon Andrew McBride was born in Charleston. McBride became an astronaut in 1979 and piloted the space shuttle Challenger on an eight-day mission in 1984.

Aug. 15, 1867: The cornerstone for the first building of the Fairmont Branch Normal School was laid at the corner of Adams and Quincy streets in the heart of town. The first class of students occupied the new building in April 1869. That school evolved into Fairmont State University.

Aug. 15, 1906: The Niagara Movement began a five-day meeting at Storer College in Harpers Ferry. The organization was founded in 1905 by a group of African-American intellectuals, including W.E.B. DuBois.

Aug. 16, 1851: William Hope ‘‘Coin’’ Harvey was born in Buffalo, Putnam County. Harvey, a social reformer, was nominated for president of the United States by the Liberty Party in 1932.

Aug. 17, 1976: The National Mine Health and Safety Academy opened at Beaver, near Beckley. The academy, located on an 80-acre campus, is the world’s largest educational institution devoted solely to safety and health in mining.

Aug. 18, 1885: Artemus Ward Cox was born on a farm at Red Knob, Roane County. In 1914, Cox bought the George Ort Department Store on Capitol Street in Charleston. That store became the first in a chain of 21 A. W. Cox stores in West Virginia. 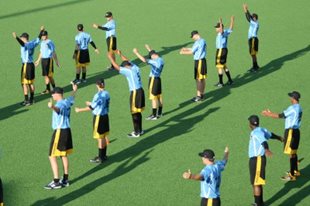 MORGANTOWN, W.Va. — Matthew Drayer has become one heck of a juggler in recent days. The West Virginia…
byBrian Canterbury