By Steven Allan Adams, For The Intelligencer

CHARLESTON, W.Va. – A Boone County doctor and state senator has thrown his hat in the ring for the Democratic nomination to be West Virginia’s next governor.

Sen. Ron Stollings, D-Boone, filed his precandidacy paperwork Monday morning at the Secretary of State’s office in Charleston to begin fundraising for a run for governor. The candidate filing period for the May 4, 2020, primary starts Jan. 13.

Stollings is a doctor at Boone Memorial Hospital in Madison, working as a physician for 34 years. He has served in the Senate since 2006, winning re-election to his fourth four-year term in 2018. Before the Republicans took the Senate majority going into 2015, Stollings was chairman of the Health and Human Resources Committee. …

WASHINGTON, W.Va. — Although DuPont may be a company with a 200-year history, the new plant manager of…
byBrian Canterbury 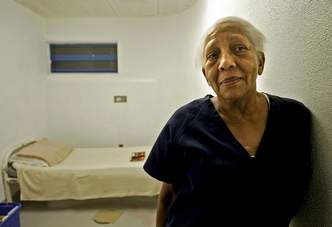 CHARLESTON, W.Va. — Doris Payne has spent more than 60 years walking out of jewelry stores all over…
byBrian Canterbury