By Will Wade and Tim Loh Bloomberg

CHARLESTON, W.Va. — Robert Murray, a fourth-generation coal miner who became one of the embattled industry’s most outspoken advocates, has died. He was 80.

Murray died early Sunday morning at his home in St. Clairsville, Ohio, of a lung disorder, according to Michael Shaheen, the family’s lawyer. He was diagnosed in 2016 with coal workers’ pneumoconiosis, or black lung disease, and had been known to attend industry events with a portable oxygen container.

A native of Ohio coal country, Murray joined a mining company at 17 to help support his family. He rose through the ranks to become chief executive officer of North American Coal Corp., but was fired in 1987 after resisting an effort to trim the company’s obligations to retirees. The following year he founded Ohio-based Murray Energy Corp., which grew into the largest closely held U.S. coal producer but was eventually driven into bankruptcy as demand for the fuel waned.

During Murray’s lifetime, coal shifted from the most important source of U.S. electricity to the most vilified driver of climate change. The highly litigious Murray emerged as one of the industry’s leading voices against government regulation during Barack Obama’s presidency as the government stepped up efforts to restrict coal-fired power plants, which have declined by more than half since 2010.

CHARLESTON, W.VA. — The West Virginia Department of Education, along with officials from Governor Jim Justice’s office, at…
byDon Smith 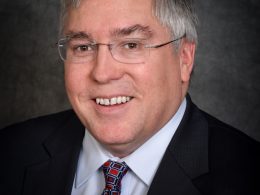