Company has donated $100,000 to USO of Metropolitan Washington-Baltimore

PARKERSBURG, W.Va. (Nov. 9, 2020) – Mary Anne Ketelsen, majority owner and chief executive officer of Mister Bee Potato Chips, had a vision a year ago to design a new chip bag where a portion of the proceeds would be donated to a charity supporting Veterans and military personnel.

As of Veterans Day 2020, Ketelsen has leveraged this special chip bag to contribute $100,000 to the USO of Metropolitan Washington-Baltimore to fund multiple programs to benefit military personnel and their families. Some of the donations are from the purchases of the chips and matching contributions were made by Ketelsen.

“Our service personnel should be honored every day and not just one day in November each year,” said Ketelsen. “To show our deep respect and appreciation for the women and men who serve our country, we are proud to announce the company’s continued commitment to this campaign.” During November and December, we will be providing free shipping on online orders of the USO-branded chips.

Mister Bee is also delivering 100 bags of its “Salute Our Veterans and Military Personnel” chips to the Parkersburg VA Clinic on Ohio Avenue.

Ketelsen said West Virginia’s only potato chip company will ultimately produce 250,000 bags of chips in the special chip bag showing a young girl holding the hand of a soldier. “Not a day goes by that I do not think about the sacrifice and loyalty of our military personnel and Veterans,” said Ketelsen.

Elaine Rogers, President and CEO of USO of Metropolitan Washington-Baltimore, said the 2019-20 partnership with Mister Bee Potato Chips “has made a significant impact in helping us provide the critical programs and services to support members of the military and their families. We have also enjoyed Mister Bee’s tasty potato chips and have shared them widely with the military community here in the Washington-Baltimore metropolitan region.”

Ketelsen said she has “admired and supported the work of the USO over the years.” Founded in 1941, the United Service Organizations (USO) has been the nation’s leading organization to serve the men and women in the U.S. military, and their families, throughout their time in uniform.

About Mister Bee Potato Chips:  Mister Bee Potato Chip Company was founded in 1951 by Leo and Sara Klein and had its first offices on Mary Street in Parkersburg, West Virginia. At that time, the chips would be made in the morning and then Mr. Klein would distribute the fresh product in the afternoon. In November 1962, the company was moved to West Virginia Avenue, where the chips are still made today. Leo Klein operated the business until 1979, when he passed away at the age of 73. The company remained with the Klein family until incurring financial difficulties in 2010. Mister Bee now operates as West Virginia Potato Chip Company and was purchased in 2015 by new owners Mary Anne (Welch) Ketelsen, Douglas Ketelsen, James Richard Barton, Gregory Barton and Gregory Reed, along with Mary Maxine Welch participating in financing. Website:  https://misterbee.com/

About USO of Metropolitan Washington-Baltimore:  The USO strengthens America’s military service members by keeping them connected to family, home and country, throughout their service to the nation. USO of Metropolitan Washington-Baltimore (USO-Metro)’s Centers serve as a home-away-from-home for troops and their families. Throughout the year, hundreds of events take place at USO-Metro facilities and aid in boosting morale, building a sense of community and helping to ease the burdens of a transient military lifestyle. Staffed by trained volunteers, USO-Metro supports the specific needs of single service members, couples, spouses, families, children, teens, wounded, ill and injured service members and their caregivers. Website: https://metro.uso.org/ 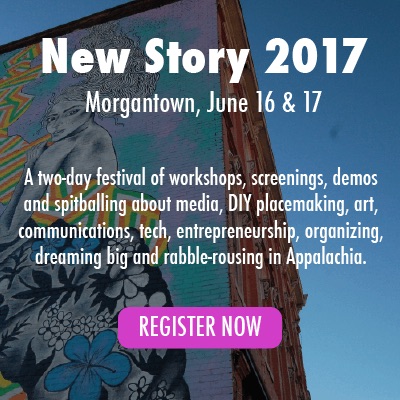 Journalists: Are you attending New Story 2017?