CHARLESTON, W.Va. — By the time an unusually dry September drew to a close, moderate drought had spread across the southern half of West Virginia, leaving water flow in some streams at volumes more than 75 percent below long-term median flow.

All official climate monitoring sites in the state recorded less than 1 inch of rain during September and, as of Monday, Huntington, Beckley and Clarksburg were on track to set new historic rainfall records for the month.

The drought left the Greenbrier River at Durbin flowing at a rate of 3.06 cubic feet per second on Monday, compared to its long-term median rate of 30.0, according to the U.S. Geological Survey. Downstream at Hilldale, in Summers County, Monday’s volume of 43.7 cubic feet per second was about one-fourth the median flow rate for the site. …

The Intelligencer editorial: Safety against violent intruders has become a major concern in planning construction of new schools…
byDon Smith

At The Capitol: Taxes, health care and scheduling

CHARLESTON, W.Va. — It may come as a surprise to anyone who has been audited by the Tax Division, but…
byDon Smith 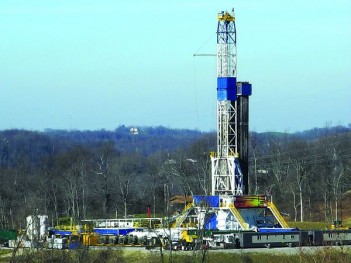 WHEELING, W.Va. — Both Democratic and Republican senators believe they have an agreement in place to lift a…
byBrian Canterbury

The Journal MOUNDSVILLE, W.Va. — More than 1,100 representatives from 30 states and 18 countries converged on the…
byDon Smith