The response comes two months after many of those same states sued the EPA, arguing the Power Plan drastically reshuffles the nation’s energy portfolio and does so without congressional authority.

Morrisey and the large, bipartisan multi-state coalition believe that the harm of the rule is irreversible and occurring now. The coalition believes the Plan will negatively impact states and business, and cause the unnecessary expenditure of taxpayer resources, all for a rule likely to be struck down as illegal.

“This has to stop,” Morrisey said. “We urge the court to take quick action and stop the continued implementation of this rule until the court has adequate time to hear our evidence and has an opportunity to decide this case on the merits.”

The Power Plan exceeds the EPA’s authority by double regulating coal-fired power plants and by forcing states to fundamentally alter their energy portfolios and shift away from coal-fired generation.

The EPA mandates are already forcing states on both sides of the issue to change laws and accommodate the rule’s goals.

Texas and West Virginia filed suit against the Obama administration on Oct. 23, the day the rule was published by the EPA.

Wednesday’s brief was a response to EPA arguments filed with the court on Dec. 3. 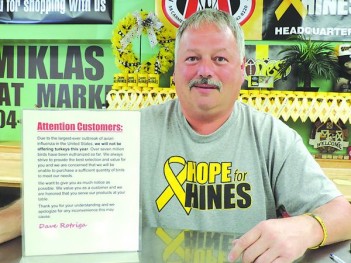 WHEELING, W.Va. — Some people planning to gobble up a traditional Thanksgiving Day feast this year may find…
byBrian Canterbury

By PHIL KABLER Charleston Gazette-Mail CHARLESTON, W.Va. — On a day when the West Virginia House and Senate…
byDon Smith

CHARLESTON, W.Va. — Counties that extended school calendars into June to make up for lost instruction have experienced…
byBrian Canterbury