The regional bureau of The Associated Press, shares 10 things you need to know Friday, June 7, 2019. Look for full stories on these late-breaking news items and much more in West Virginia newspapers.

2. WHAT A TOP US COMMANDER IS SAYING ABOUT GULF TENSIONS

Gen. Frank McKenzie says Iran appears to have decided to “step back and recalculate” in response to a U.S. military buildup in the Persian Gulf area.

War monitors say they are targeting civilians in residential areas, hospitals, markets and infrastructure in Idlib to break the population’s will and force it to flee.

Industry insiders say some Mexican companies have even been rushing to export as much as they could ahead of Trump’s Monday deadline.

The first female governor of the U.S. territory is concerned that women there will be forced to seek illegal or dangerous alternatives.

Teachers say smartphone use is at least partly to blame for seeing so much student anxiety, labeling it a “mental health tsunami.”

A complex that once housed oil field workers in Carrizo Springs is becoming a mass holding facility for as many as 1,600 teens.

The nation’s largest grocer says it will be offering the service this fall for more than one million customers in Pittsburgh, Kansas City and Vero Beach, Florida.

9. FROM LAST TO BRINK OF STANLEY CUP

Mired in the NHL basement as recently as January, the St. Louis Blues beat the Boston Bruins 2-1 in Game 5 and need one more win to complete their improbable journey.

The New Orleans singer and piano player who blended black and white musical styles with a hoodoo-infused stage persona and gravelly bayou drawl was 77.

WV tax reform proposal to include cuts for seniors 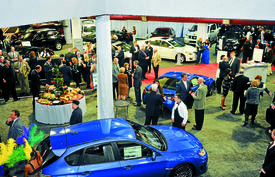 Column: Chairman of WV Academy of Family Physicians — ‘No such thing as Medical Marijuana’