CHARLESTON, W.Va. — Despite warnings that it could contribute to $1 billion in budget deficits, a West Virginia Senate committee is forging ahead with legislation to repeal the state’s income tax, replacing it with a broad-based 8 percent sales tax (SB 335).

Senate Select Committee on Taxation Chairman Robert Karnes, R-Upshur, conceded that a more gradual phase-out of income taxes might be necessary, following a fiscal note showing the current version of the bill would cost the state about $610 million a year in lost tax revenue.

“We’re probably looking at something that’s closer to a triggered step-down,” he said Monday.

As drafted, the bill would phase out income taxes over three years. Karnes said a revised bill would trigger reductions as the state meets yet-unspecified economic milestones.

Karnes said the Senate is committed to avoiding a repeat of what happened to Kansas, where massive income tax reductions blew a $1 billion-plus hole in the state budget, while failing to generate promised economic growth to offset the tax losses.

During Monday’s committee meeting, senators quizzed Deputy Revenue Secretary Mark Muchow, who wrote the fiscal note concluding that new revenue from an 8 percent consumption tax on most goods and services would not raise enough money to offset the $1.7 billion to $2 billion a year in lost revenue from elimination of income taxes.

Combined with existing budget deficits, Muchow said, “The $400 million you have today, with $600 million, you get to $1 billion, and that’s a pretty big adjustment.”

Muchow suggested that the Legislature undertake a “dynamic study” of the effect of the tax changes, a study beyond the scope of Department of Revenue analysts.

“This takes not days, but months,” he said of a thorough analysis of the proposed changes.

Afterward, though, Karnes said he believes the time for study is over, noting that the state government has conducted at least four tax reform studies in the past 30 years.

“There’s a point where you can study and study, but a certain point, you have to get to work and do something,” he said.

“It seems to me we’re dumping a couple of billion [dollars]in the economy,” he said.

He said only about 7 percent of income tax collection is payments on business profits.

“We would have the highest state sales tax rate in the country, if this is implemented,” he said.

Muchow used the example of an accountant in Parkersburg, who, under the bill, would have to charge clients an 8 percent state tax and a one percent municipal tax, which likely would cause him to lose clients to accountants across the river, in Marietta, Ohio, where there is no tax on professional services.

Likewise, he said the pyramiding effect of taxes could especially hurt small businesses, saying, for instance, that an 8 percent tax on natural gas bills could put glass plants in the state at a competitive disadvantage.

Under questioning from Sen. Craig Blair, R-Berkeley, Muchow estimated that perhaps as much as 10 percent of the state’s economic activity is “underground,” with off-the-books cash-only transactions.

Muchow suggested an 8 percent tax on goods and services would lead to expansion of that underground economy, relating a conversation with his barber, who told him, “If the state does this to me, I’m going to have to have my customers pay cash.”

Under the bill, the existing 5 percent privilege tax on motor vehicles would increase to an 8 percent tax for the first $10,000 in price, and a 6 percent tax beyond that.

“Your words are wisdom words. We really need to look at this before we make a change,” Plymale told Muchow, adding, “In Huntington, we’d lose so much business, it would be unbelievable.”

Muchow said the tax change would hurt West Virginians making $50,000 or less a year, who would be paying more in consumption taxes than they would save from having no income taxes.

Muchow related that West Virginia’s ongoing issues with comparatively high state taxes are tied to a 1932 constitutional amendment that capped real estate property taxes at rates that are the second-lowest in the nation.

Unlike other states, where public education and other local services are funded primarily with local taxes, West Virginia has to use state tax revenue to subsidize those programs, he said.

Another issue is that property taxes are more stable than other types of taxes, he said.

He told the tax reform committee, “You have a major challenge, and it’s been that way for at least 85 years.”

By JAKE ZUCKERMAN Charleston Gazete-Mail CHARLESTON, W.Va. — Lawmakers were divided over some of the few policy points…
byDon Smith 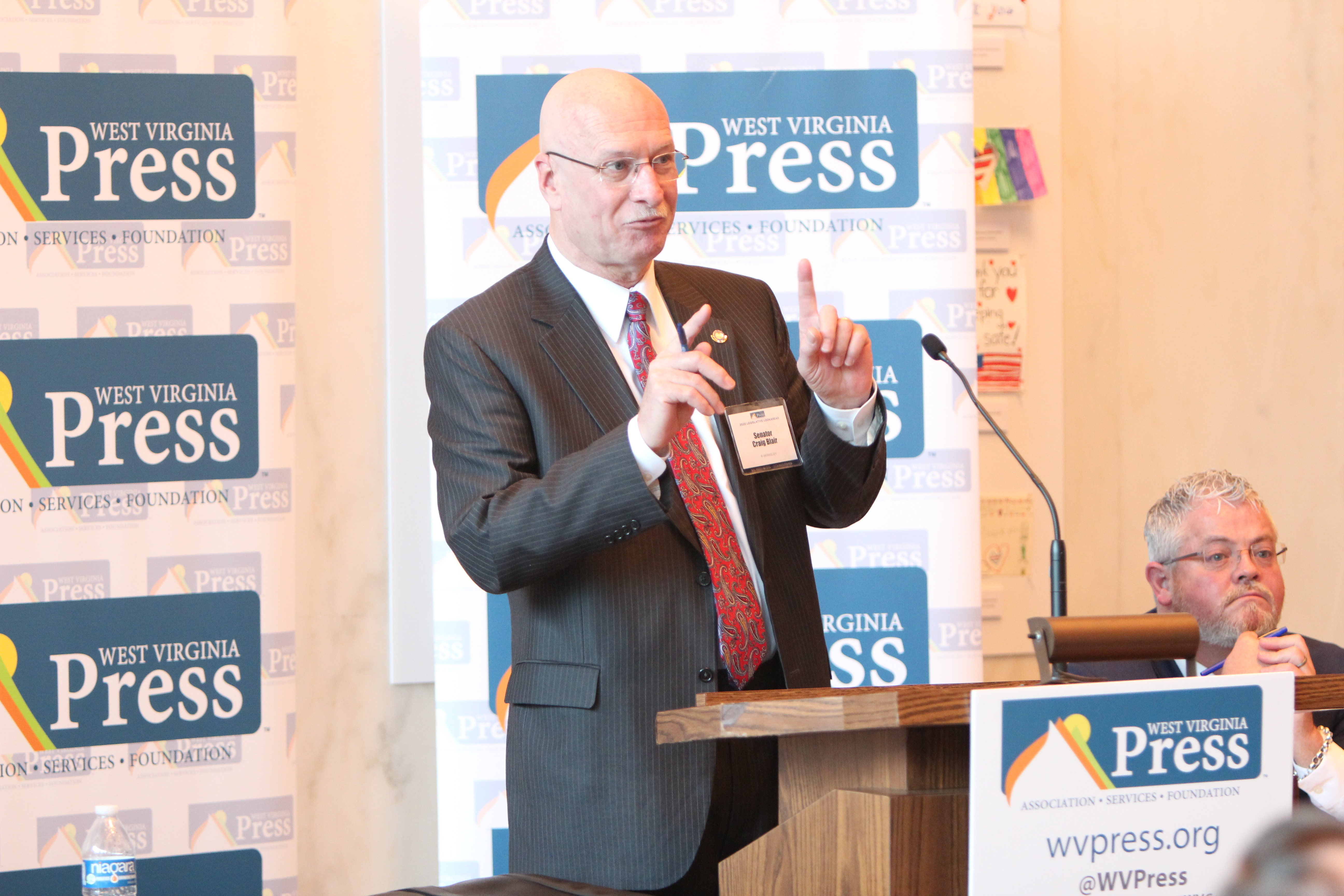