​CHARLESTON, W.Va. – ​The latest ​MetroNews West Virginia Poll​ shows the majority of West Virginians don’t think President Trump should be impeached, that Jim Justice is leading the Republican race, and that the Democrat race for governor is very close. ​

— A majority of West Virginiavoters believe there is not enough evidence to support the impeachment of President Donald Trump despite the ongoing hearings in the U.S. House of Representatives. They also remain very supportive of the job Trump is doing as president and want him to remain in office.

— Governor Jim Justice leads his two challengers for the 2020 Republican primary nomination by double digits among registered likely voters, according to the latest edition of the MetroNews West Virginia Poll.​ ​West Virginia’s governor leads Republican gubernatorial candidate Woody Thrasher by a 56 percent to 21 percent margin while Mike Folk received 11 percent of the votes.

— West Virginia’s 2020 Democratic nominee for governor is up for grabs in May as there are no primary front-runners in the race​. Democrat candidates Stephen Smith, Ron Stollings and Ben Salango are essentially even in the race for governor among likely registered voters receiving 21 percent, 19 percent and 18 percent of the vote respectively.

The MetroNews West Virginia Poll was conducted between Dec. 4-10 among a sample of 500 West Virginia registered voters who are likley to vote in the May 2020 primary. The overall confidence interval for the survey is +/- 4.4 percentage points at the 95 percent confidence level. The confidence interval varies for individual questions based on how registered voters responded. ​​ Rex Repass, President of Research America Inc., reported these results​ ​on MetroNews Talkline with Hoppy Kercheval.​

More than half of West Virginia likely voters said Congress should not impeach Trump and he should remain in office, 59 percent versus 34 percent who think Trump should be removed from office. Rex Repass, President of Research America Inc., reported these results today on MetroNews Talkline with Hoppy Kercheval.

“While the rest of the nation is divided over the impeachment inquiry, President Trump continues to have the solid support of West Virginia likely voters, both Democrats and Republicans alike,” Repass said. “West Virginia voters don’t believe there is enough evidence for the impeachment proceedings and want Trump to finish out his term as president.”

The West Virginia Poll results are opposite of a recent study conducted by NBC News/Wall Street Journal poll Oct. 27-29, 2019. This national poll showed that 49 percent of Americans want Trump removed from office while 46 percent believe Congress should not impeach Trump and he should be allowed to remain in office.

When asked specifically about Trump’s actions and discussion with the Ukrainan president, 54 percent of West Virginia voters said there wasn’t enough evidence for Congress to hold an impeachment inquiry of Donald Trump and he should finish his term as president compared to 39 percent of Americans. At the same time, 14 percent of West Virginians believe Congress should hold an impeachment inquiry to determine if there is enough evidence while 31 percent of Americans believe the same.

“President Trump’s job performance ratings have increased in West Virginia since the hearings started, not following the nation’s trend,” Repass said. “President Trump’s messages and actions continue to resonate with many likely voters throughout the state.”

Trump’s job approval ratings increased seven percentage points in West Virginia, from 54 percent to 61 percent during the past four months (from Aug. 2019 to Dec. 2019). His disapproval rating remains unchanged at 38 percent.

“As the Republican incumbent with two primary challengers, Governor Justice has many advantages in a primary battle,” Repass said. “First, the Governor is well known and has high name ID, while his challengers are not well known. In fact, in our poll more than 50 percent said they had heard little or nothing about Woody Thrasher, and about 75 percent had heard little or nothing about Mike Folk.”

While the Governor’s approval rating is below 50 percent (42 percent in the late August 2019 MetroNews West Virginia Poll), he benefits from high name recognition among likely Republican voters, according to Repass.

“A two candidate race would likely be more competitive. However, if the race remains as it is the two Republican challengers will need to build name ID in the run-up to the May primary, while at the same time craft a convincing narrative for undecideds and for Justice supporters to consider an alternative choice for governor,” Repass added. ​On the Democrat race for governor: ​ “With three first-time statewide candidates running for the Democratic nomination for governor in May 2020, it is common for a primary race to be this close and to have a high number of undecideds,” Repass said. “This race is reminiscent of past West Virginia Republican primary gubernatorial races when the candidates had low name awareness among registered voters statewide.”

All three candidates will have to work hard to win over the large number of undecided West Virginia voters (42 percent) who may not be tuned into the Democratic primary just yet.

“The high number of undecided voters tells us that plenty of Democrats still don’t know enough about the candidates to make a choice,” Repass said.  “With six weeks to go until the filing deadline for the May primary, I expect the candidates to make more public appearances and take a stance on issues important to West Virginia voters.”

Ø  In general, do you approve or disapprove of the job Donald Trump is doing as president? [n=500]

Ø  Based on what you have seen, read, or heard about President Trump’s call and actions related to his discussion with the Ukrainian president, which of the following best describes what you think?  [n=500]

Donald Trump and he should finish his term as president

him from office now

Ø  And, based upon what you know today would you say Congress should… [n=500]

Note:  some percentages may not total 100% due to rounding error

Ø  As you may or may not know, three candidates from the Republican Party have announced to run for Governor of West Virginia. They are Jim Justice, Woody Thrasher and Mike Folk.  If the primary election were being held TODAY and the candidates for the Republican Party nomination were [ROTATE] Jim Justice, Woody Thrasher and Mike Folk, for whom would you vote? [Caution – Reduced Base n=229]

Ø  As you may or may not know, three candidates from the Democratic Party have announced to run for Governor of West Virginia. They are Stephen Smith, Ron Stollings and Ben Salango.  If the primary election were being held TODAY and the candidates for the Democratic Party nomination were [ROTATE] Stephen Smith, Ron Stollings and Ben Salango, for whom would you vote? [Caution – Reduced Base n=220]

Editor’s note: The following is the second part in a series tackling the heroin epidemic sweeping the nation,…
byDon Smith 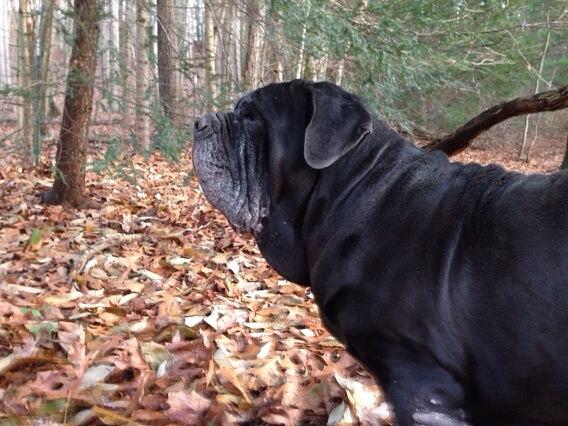 A profile to make you pause

Love this photo on Twitter by Samantha Perry, editor of the Bluefield Daily Telegraph. She says: “Ready to…
byDon Smith