With the 2018 GOP primary for a West Virginia U.S. Senate seat nine months away, super PACs are getting in the game and laying groundwork for an attack-laden campaign season.

Two of the three Republicans in the race, U.S. Rep. Evan Jenkins and state Attorney General Patrick Morrisey, now have the support of outside groups that can raise and spend unlimited amounts of money.

Mountain State PAC, which appears to be backing Jenkins’ campaign, filed its statement of organization with the Federal Election Commission on August 3. Since then, it created a website rife with shots fired at Morrisey for his history as a congressional staffer and lobbyist and pats on the back for Jenkins.

No contribution or expenditure information on Mountain State is available with the FEC.

Jenkins’ campaign created a separate site accusing Morrisey of being too liberal and tying him to his D.C. lobbying days. Though super PACs are not allowed to coordinate with candidate committees, the two pro-Jenkins sites prominently feature the same picture of a frowning Morrisey.

On the other side, 35th Inc., another super PAC, appears to be supporting Morrisey. The organization launched a website in May accusing Jenkins of supporting liberal interests and equating him with the incumbent, Democratic U.S. Sen. Joe Manchin.

Of the money it has raised, the PAC has spent just more than $400 as of the filing date.

According to available data, the groups’ fundraising represents a small fraction of available candidate funds. As of the end of July, Jenkins has $1.24 million in cash on hand while Manchin has $3.48 million. Morrisey has not reported any contributions as of the last filing date. 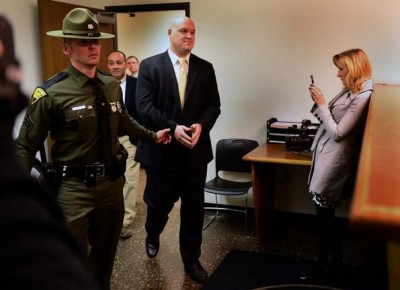 WVU Today MORGANTOWN, W.Va — It’s no secret that West Virginia has some of the highest rates of…
byDon Smith