3 minute read
Ben Gilmer (left), president of Refresh Appalachia, and Deacon Stone, project director of the West Edge Factory, look over reports during a Coalfield Development staff meeting in January at West Edge Factory, in Westmoreland. Refresh Appalachia was one of several programs chosen to receive federal grant money, for its aquaponics project. (File photo by Sam Owens)
Total
0
Shares
0
0
0
By ANDREW BROWN
Charleston Gazette-Mail
CHARLESTON, W.Va. — When most people think of Southern West Virginia, tilapia and salad greens usually don’t come to mind, but one Mingo County town could soon become a hub for vegetable and freshwater fish production if things go according to plan.

The Mingo County Development Authority and Refresh Appalachia, an organization seeking to expand food production and agricultural jobs in the Mountain State, are in the process of developing an aquaponics operation — that combines fish farming and agricultural production — near Kermit.

On Thursday, the fledgling project was one of four West Virginia initiatives to receive funding from the federal government under a new pilot program that seeks to transform abandoned mine land into economic opportunities.

The new multi-million dollar program, which will distribute $90 million through the Office of Surface Mining to West Virginia, Kentucky and Pennsylvania, is just the latest federal cash infusion for coalfield communities in the Mountain State.

The latest stimulus effort is the result of congressional spending secured by Rep. Evan Jenkins, R-W.Va., and others, as West Virginia struggles to diversify its economy, which has suffered from the continued decline of the coal industry.

In addition to the proposed project in Kermit that received $3.6 million, West Virginia netted $4.1 million for a waterline extension project in Fayette County, $5.3 million for the Patriot Guardens program that seeks to plant 100,000 apple trees in Clay and Nicholas counties and $12 million for the Sullivan Industrial Park Project in Raleigh County.

“It’s again taking the assets that we have and look at new economic diversification opportunities,” said Jenkins, who sits on the House Appropriations Committee. “The goal here is to show economic development potential.”

The first-term congressman said he will continue to push for additional federal development funding for the region in the coming years, but he emphasized that he also is focused on eliminating air and water pollution regulations that he and others have criticized for the downturn in the coal industry.

To qualify for the new round of funding, which seeks to motivate the use of abandoned mine land, Refresh Appalachia’s leaders drafted a plan that will use the Earth for heat and the sun for power.

Ben Gilmer, president of Refresh, said the proposed facility will use a nearby underground mine that was abandoned during the last century as a source for geothermal energy to heat the expected 20,000-square-foot building.

“We see this as a pretty big opportunity,” Gilmer said, “because this geothermal is relatively untapped.”

The facility, he said, also will incorporate solar panels that are capable of producing most of the electricity needed to tend to the fish ponds and vegetable gardens they will construct.

Aquaculture has been attempted in Southern West Virginia in the past, including one operation that opened with the help of the Mingo County Development Authority. Another operation opened in Raleigh County, but closed down three years after opening.

This isn’t the first time that Refresh Appalachia and its partners have benefited from federal efforts to reinvigorate the depressed economy of Southern West Virginia.

Coalfield Development, an affiliate of Refresh Appalachia, has been a major recipient of the POWER funding in the past year and a half as it has expanded its programs that offer on-the-job training and a community college education to young people in Southern West Virginia.

Gilmer said Coalfield Development and Refresh, which also has been developing an agricultural operation on a surface mine in Mingo County, have seen their number of employees and trainees increase in recent months.

With the Kermit project, Gilmer said, the hope is to increase the amount of food the group can produce and sell to schools, hospitals and local markets that they are currently organizing. And with that, he said, they hope to be able to increase the number of people making money from agriculture in the region.

“We’ve been really lucky,” Gilmer said, “but now we’re focusing in on delivering.”

By WENDY HOLDREN The Register-Herald BECKLEY, W.Va. — Most of Greenbrier County and higher elevations in Nicholas County…
byDon Smith

By FRED PACE The Herald-Dispatch HUNTINGTON, W. Va. — While some businesses reported a large increase in customers from…
byDon Smith 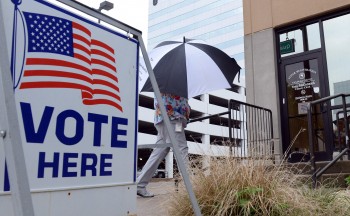