CHARLESTON, W.Va. — One of the companies owned by Gov. Jim Justice is coming to the rescue of another company that faced an ultimatum Thursday to explain how it planned to pay a massive contempt penalty.

According to an order filed Thursday in U.S. District Court for the Southern District of West Virginia, Bluestone Resources will pay the $1.23 million civil contempt sanction against Justice Energy Company, both owned by Justice and managed by his son Jay.

Bluestone will pay the penalty in three installments of $410,000 on June 17, Sept. 16 and Nov. 15. The U.S. Attorney’s Office also agreed to withdraw a motion filed Wednesday asking the court to allow it to pierce the corporate veil and go directly after the Justices for the full amount. As part of Thursday’s agreement, federal official can refile that motion if Bluestone does not follow through with its payments. 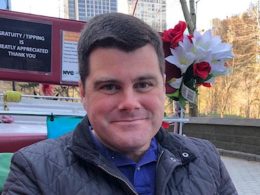