CHARLESTON, W.Va. – Sen. Bill Cole, R-Mercer, was elected by the West Virginia Senate to be its President today during the opening session of the 82nd Legislature. He will serve as President for the next two years.

Cole received the unanimous support of the Republican caucus at its meeting in December, and was elected by acclimation by his fellow Senators today.

“It is an honor and a privilege to be elected by this body as the new Senate President,” Cole said. “This is an historic session for this state, and I am humbled our members have placed their trust in me to lead us through this change.”

Sen. Cole, a resident of Bluefield, was appointed to the House of Delegates in May 2010. He was elected to the Senate in 2012. 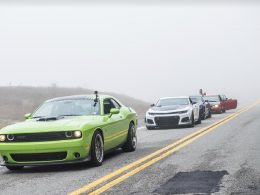 Release from W.Va. State Senate Mark Maynard: WILLIAMSON, W.Va. — Mingo County is being considered as the site for…
byDon Smith

By CHRISTOPHER DOWELL The State Journal CHARLESTON, W.Va.  — The commissioner of the West Virginia Department of Health…
byDon Smith