CHARLESTON, W.Va. — Two house-sized boulders fell onto U.S. 119 Sunday about a half-mile off the Interstate 79 Mink Shoals exit. One portion of the rock landed off the side of the road and another was in the roadway.

No injuries were reported.

According to Metro 911, the slide occurred shortly after 2 p.m. at 2860 Pennsylvania Ave. in Crede.

Carrie Bly, spokesperson for Department of Transportation, said one of the boulders was able to be moved away from the road, but a second was sitting atop a power line it brought down…
Total
0
Shares
Share 0
Tweet 0
Pin it 0 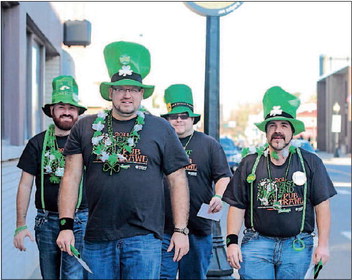 Men in hats, big green ones

BLUEFIELD, W.Va. — A local family has been forced to temporarily move from their home in Princeton due to…
byBrian Canterbury