OAKVALE, W.Va. — As World War I was beginning in Europe and Albert Einstein was finishing his theory of relativity, a group of residents in Hatcher Hollow east of Princeton were celebrating the completion of a small country church.

On Sunday morning this year, the Hatcher United Methodist Church hosted another celebration … a 100th anniversary.

Visitors from as far away as Georgia came, many with ties to what they consider their “home” church, which is tucked away in the hills near Hall’s Ridge Road.

But some did not actually come by automobile. Instead, they came just like they would have 100 years ago … on horseback and in a buggy. Some also dressed the way members of the congregation would have dressed in 1916.

As they tied their horses near the church, all visitors started gathering inside, ready for the celebration and “dinner on the ground” afterwards.

“Many families grew up in this church,” he said. “Many are coming back for the homecoming and 100th anniversary.”

He also welcomed guest speaker, Rev. Norman Arrington of Princeton, who was pastor of the church for a few years in the early 1960s.

Arrington is well known in the region for his theater work, especially one of the starring roles in Honey in the Rock, a Civil War drama at the Grandview Amphitheater in Beckley that played for more than 40 years.

But on Sunday, Arrington and many others returned to remember their time in the church, which is located on a road most in the area have most likely never been down.

But Allen Dunnigan, a descendant of one of the founding families, said in 1916 there was an actual community in that hollow.

“In the early 1900s, this community had a post office and store just down the road,” he said.

Dunnigan produced a plaque to show the congregation, a plaque was once on that post office and was almost lost to history but happened to be found in the yard of the one of Quesenberrys, another founding family.

Nearby the post office, he said, was a school, called Mud Lick.

“They (students) who lived in the vicinity all walked to school ,” he said, adding that his grandmother taught in that small school.

“They had school here until 1935, then they went to Oakvale,” he said.

But there were enough people in the community who wanted to start a church, so they got together in 1913 and drew up a constitution to start the church, he said. Three years later, it was finished.

“Hatcher Church was then known as Union Chapel,” he said, because of the different denominations worshipping there. “The first Sunday was for Methodists, the second for Baptists, the third for the Christian Church and the other was for any denomination that wanted to have church there.”

Families involved in the church over the years also include the Southerns, Whitakers, Halls, Hatchers and Phillips.

Dunnigan said the church is currently in the process of searching for a pastor.

“I imagine those on the list of those who began this church would be very proud,” he said of the anniversary celebration. “But of all those names of those who served behind the pulpit, Norm was the one who baptized me. I’m not sure I would have ever been saved without him.”

“I cant express my deep honor at being able to stand in a place where so many have stood before,” Arrington said. “I am deeply touched for the invitation.”

Countless people have passed through the church doors over the years, he said.

“It would be impossible to note how many people’s lives have been touched by this little church,” he said. “Young men and women growing up and being moved (by what they experience here). They moved away but they had their beginning here.”

That impact lasts a lifetime, he added.

Arrington said on one day many years ago he baptized 16 young people from the church, asking how many were present Sunday. Three of the 16 were there.

“Did the others give up?” he asked. “I don’t think so . They may have moved out of the area and to other places, sharing their stories from small churches all over.”

Arrington said a small church does not have to grow into a big one to be a success.

Arrington said he has many “precious” memories of the church when he was pastor in the early 1960s, including when he got married and lived in a house not far from the church. Their first night in the house was a memorable one.

“My wife was just about asleep when we heard the worst racket you ever heard in your life,” he said. “Loud banging and carrying on. I thought it was a Hatcher earthquake.”

So he looked out a window to see what was happening.

“I never saw such a bunch of people coming up the road with flashlights, beating on pots and pans and hollering.”

Arrington said he went downstairs and opened the door and people were coming up on the porch, bringing food and smoking cigars. They also had brought a metal tub and a three-cornered rail.

“What’s going on?” I asked. “Someone said it’s a shivaree. I didn’t know what that was so I just asked if I were properly dressed for it.”

Arrington said he then learned that it was a serenade, when newlyweds are welcomed into their homes by neighbors, with a party of sorts.

He had to smoke on a cigar, he was told, because it was a tradition.

“They then got my wife to get into the tub,” he said. “There was no water in it, but she had to get in.”

Then they said, ‘Preacher, get on that rail.’”

Arrington said he didn’t see a feasible or safe way to do it, but he managed to somehow, and off they went, carrying both of them around the house.

“We made it about half way around the houses and I slipped and ended up hanging upside down like a possum,” he said. “If I would have not been able to have kids, I would have blamed those guys.”

Arrington said looking back 100 years ago, he wanted to present a birthday card to the church as some people often receive that details the way things were the year they were born.

He mentioned the war and Einstein and many others.

Arrington said much has changed, but the purpose of the church and the impact it has does not change.

“I hope and pray that in every generation we still want to share the good news about another little place,” he said. “Bethlehem.”

Several members of the congregation have life-long ties to the church, including Rebecca Baker, who said she grew up in the church and is now the piano player.

Her brother, Arlo Dunnigan, said he now lives in North Carolina, but drove up for the celebration.

Larry Croy is not a member of the church, but lives nearby and wanted to show his support for the church.

Another visitor from out of state was Wanda Borne, who was a Southern and had family connections with the church.

Dunnigan said she came through when the church was in need of painting and other work.

“We’ve done a lot of work here at the church and we needed money to finish, to paint the church,” he said. “Wanda heard about it and sent us a check for $8,000.”

Dunnigan presented her with a large framed photo of the church after it was painted.

After the service, all church members and guests had a traditional dinner in the church’s pavilion. 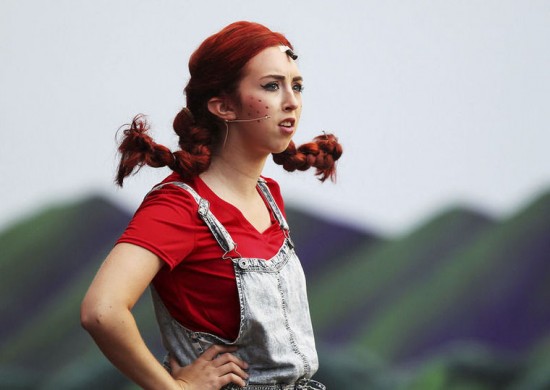 BECKLEY, W.Va. — Get ready for the singing, dancing and high-energy antics of Pippi Longstocking at Theatre West…
byBrian Canterbury 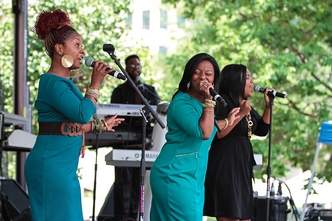 CHARLESTON, W.Va. — The Multi-Cultural Festival of West Virginia, known as Multifest, has had a rough couple of…
byBrian Canterbury

Future of Transportation in West Virginia discussed at Lookahead

HUNTINGTON – Riding off into the sunset in a fancy car sounds like the ending of a movie,…
byBrian Canterbury