Britta Aquirre, vice president of the LAMBDA Society, said anyone could be married, and to prove that point, the first couple of the day was a straight couple.

“We want to normalize things,” Aquirre said. “We want to say, ‘Hey, we are the same, and we should be treated as such.’”

Breonna Patterson, president of the society, said during the first hour of the event, six couples and one trio were married. 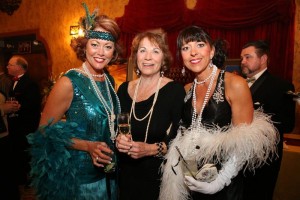