CHARLESTON, W.Va. — You’ve heard of the white whale that was a symbol of obsession in Moby Dick?

Well, the white whale’s got nothing on the white robin of Charleston’s West Side.

In the spring of last year, my friend Sallie Daugherty spoke of a strange, white-looking robin on the West Side of Charleston.

On the one hand, the bird was bound to be a biological oddity.

Leucism, or leukism, is an abnormal plumage condition caused by a genetic mutation that prevents pigment, particularly melanin, from being properly deposited on a bird’s feathers.

On the other hand, such a rare bird would be a great photograph.

Sallie gave me a general location of the 500 block of Wyoming Street where, while visiting friends, she had eyed it. I spent countless hours looking for it without getting a glimpse.

Along the way, I took pictures of lots of other birds. (Starlings fighting to the death was probably my most memorable.) I also watched squirrels chase birds from feeders. And I talked to anyone on the street who would stop, to see if they had seen the elusive white robin.

I got some strange stares from a few people I approached. Others welcomed the question and the company.

I sat on the porch of an elderly, retired bird lover who had an elaborate feeding station set up. He would spend his mornings sitting on his front porch, watching his feathered friends. I would sit and listen to his stories of his time in Alaska shooting the cardinals, wrens, bluejays and all that came to his yard. He told me I should be very careful walking around with my cameras — that I’d get shot for it. I did not take this lightly.

That year, 2013, came and went with me heading to the West Side when time permitted or when I remembered. I would keep Sallie up to date, and she checked with her friends to make sure if they saw a stranger in their backyard that was just “Tom” looking for the white robin.

As I continued to wait, my mind would wander. I’d get to thinking that a White Robin would have been a fitting character in “Alice in Wonderland.” I even created in my daydreaming a stately character who would fit into the story.

And then a bird would catch the corner of my eye, or a flying shadow would jolt me back to reality.

No luck, though. No bird.

Then, just this past spring, Sallie sent me a picture of the elusive winged legend.

It was exactly as she had described, with a lovely rust colored breast and creamy white plumage.

I looked at her picture and thought it truly was a majestic looking bird, something that I had never seen. I knew now that I absolutely had to find it…

MILTON, W.Va. — On a short list of great modern day mysteries, somewhere between “Where is Jimmy Hoffa”…
byBrian Canterbury 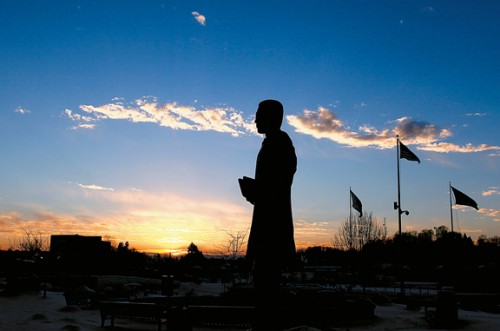 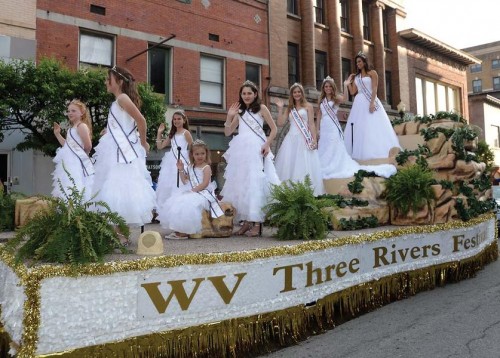