CHARLESTON, W.Va. — Anyone who’s driven across the South Side Bridge into Charleston in recent months has been unable to miss one of the latest construction projects in downtown.

Crews from Richard Wilbur Builders Inc. have spent the first part of the year gutting the five-story office building next to the bridge at 950 Kanawha Blvd. E. and are now expanding the fifth floor and renovating the interior to create a mixed-use building.

South Hills resident Frank Baer III, CEO of Commercial Insurance Services, bought the building last year and is working to turn it into both living and office space.

“We are maybe close to halfway through,” Baer said. “I would hope to have it done by the end of this calendar year.”

Unlike other developers who renovate a building to lease it out to tenants, Baer’s got personal intentions for his building.

Baer and his wife Camilla currently live in South Hills. With their youngest child set to graduate in a few years, the Baers decided they wanted to drop their days of yard work and chores around the house for something that gave them more free time… 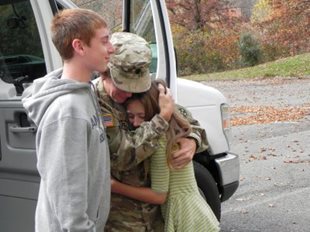