Opinion: West Virginia should be smart about the future

What if college was free for all West Virginians?

What is the “the future of West Virginia”?

Each year government leadership offers a new economic plan in hopes of improving the future of West Virginia.

New ideas are good. West Virginians should hope everyone running for elected office thinks they have the answer, or at least a new idea. After all, when your state has been at the bottom of most national economic and social rankings for generations, the status quo isn’t the answer. We’ve spent decades proving bad can get worse.

In recent years, “the future of West Virginia” has been natural gas, tourism, free community college and elimination of state income tax.

Natural gas and tourism are definitely growing industries in West Virginia, though perhaps not as fast as expected in the case of natural gas or as revenue intensive as hoped in the case of tourism, which has been slowed by COVID.  As for eliminating the state income tax to attract new residents, well, that one is still up for debate.

The best answer? The smart money is on education.

When it comes to the future of West Virginia, education offers a life-long payoff. Education is never about the immediate benefit, but it may solve the most problems.

In fact, West Virginia’s leadership might want to increase its support of education.

What if we make all college education free for West Virginia residents?

Education turns our current negatives into positives. The benefits would be immediate and measurable:

If West Virginia’s goals are to improve the quality of life for our current residents, attract new people, improve our workforce and change our image, education is a win-win.

With free college, we attract new families who value education while offering the same benefit to our current residents. West Virginia parents who are struggling economically would know if their children get the grades, they can go to college and have more opportunities.

West Virginia would be more attractive to families across this nation. If we reduce in-state college costs for new residents by 25 percent each year, parents know that college is free for their children after four years of living in West Virginia.

Potential new businesses and industries would find a better workforce, and their current employees would also have a reason to move here.

Can we eliminate the state income tax and provide free college education?

Probably not, but would residents – current and potential  – be willing to pay income taxes to give their children and grandchildren a free college education?

People work to afford a better life, a better house, a better community and a better state. They know being cheaper isn’t the same as being better.

If the question is how to make West Virginia better, education is the answer. 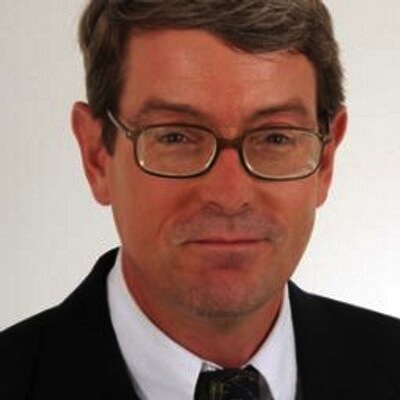 ‘At the Capitol’ looks at dog racing

CHARLESTON, W.Va. — Week three of the 2015 legislative session was highlighted by the release of a study commissioned…
byDon Smith

Some West Virginians may not think about it much, but hundreds of thousands of us “play” the stock market indirectly.…
byDon Smith

Teach students not to get a job, but create one

A Daily Mail editorial from the Charleston Gazette-Mail  CHARLESTON, W.Va. — For generations, the societal expectations for recent high…
byBrian Canterbury

An editorial from The Intelligencer/Wheeling News-Register WHEELING, W.Va. — A serious infringement of West Virginia election law was…
byBrian Canterbury