By Charles Young, The Exponent Telegram

CHARLESTON, W.Va. — A bill that could have opened the door for significant changes to the state’s medical cannabis program was taken off the agenda of the House of Delegates on Saturday, the 60th and final day of the legislative session.

While a vote on the third reading of Senate Bill 752 was originally scheduled, the House Rules Committee voted 12-8 Saturday morning to remove the measure from the calendar.

House Majority Leader Del. Amy Summers, R-Taylor, said the members of her caucus had issues with the bill’s provisions.

“We spoke to our members, and they wanted time to review the amendments,” she said. “After doing so, they still had many concerns with the bill, and this is what they thought was best.”

The Committee Substitute for SB 752 passed the state Senate last Tuesday, with 30 senators voting yes and four voting no.

For the first time, the legislation opened the possibility of including “dry leaf or plant form” cannabis and edible forms of cannabis for eligible patients. 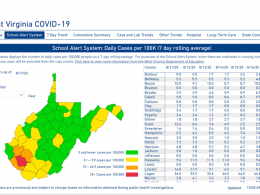