MORGANTOWN, W.Va. — Evan MacCarthy, assistant professor of musicology in the School of Music, has been named a recipient of the 2019–20 Rome Prize from the American Academy in Rome.

“The Rome Prize is awarded to scholars who exhibit more than distinction and excellence in their research,” said Vice President for Research Fred King. “Recipients are also selected for the singularity of their vision and approach to their subject, whether that is ancient history or contemporary art. Dr. MacCarthy’s work in musicology clearly meets these criteria. We are tremendously excited to see his current project, made possible by the Rome Prize, come to fruition.”

MacCarthy has been awarded the prize in the category of Renaissance and Early Modern Studies for his work on the encyclopedic treatise on music written by Ugolino of Orvieto, a fifteenth-century composer, music theorist and archpriest of the Cathedral of Ferrara.

Ugolino addressed all aspects of musical learning in his writings, situating ancient and medieval writers alongside his contemporary commentators. Celebrated in his own day as one who would surpass all other musicians, Ugolino bridged a long-established divide between abstract, speculative musical thought about the harmony of the spheres and the practicalities of musical notation, composition and singing.

MacCarthy will travel to the American Academy in Rome in the spring of 2020 for six months to continue his work on a new and more accessible edition, first-ever translation and monographic study of Ugolino’s treatise. His edition proposes new readings of the text based on a close re-examination of 15 manuscript sources held in Roman libraries, including the Vatican Library.

Prior to joining the faculty of the College of Creative Arts, MacCarthy served on the music faculties of Harvard University, College of the Holy Cross, Massachusetts Institute of Technology and Boston University.

He has recently been awarded external grants from the West Virginia Humanities Council and the Lila Wallace – Reader’s Digest Lecture Program, along with internal grants from the Big 12 Faculty Fellows Program and the Faculty Senate Research Grant Program. In 2018, MacCarthy received an Outstanding Teaching Award from the College of Creative Arts.

MacCarthy is the second WVU faculty member in five years to have been awarded the prestigious Rome Prize, preceded by Joshua Arthurs, associate professor in the Department of History, for his work on rapid regime change in pre- and post- Mussolini-controlled Italy. Both MacCarthy and Arthurs are also faculty affiliates of the WVU Humanities Center.

Founded in 1894, the American Academy in Rome is the oldest American overseas center for independent study and advanced research in the arts and humanities. It is the only privately funded not-for-profit institution among the national academies in Rome. In addition to the Rome Prize and Italian Fellowships, the Academy invites a select group of Residents, Affiliated Fellows, and Visiting Artists and Scholars to work together within this exceptional community.

West Virginia Press Association Staff Report CHARLESTON, W.Va. — With the state on the eve of one of the…
byDon Smith

Hey, West Virginia, Wednesday …. you going to do the Census? 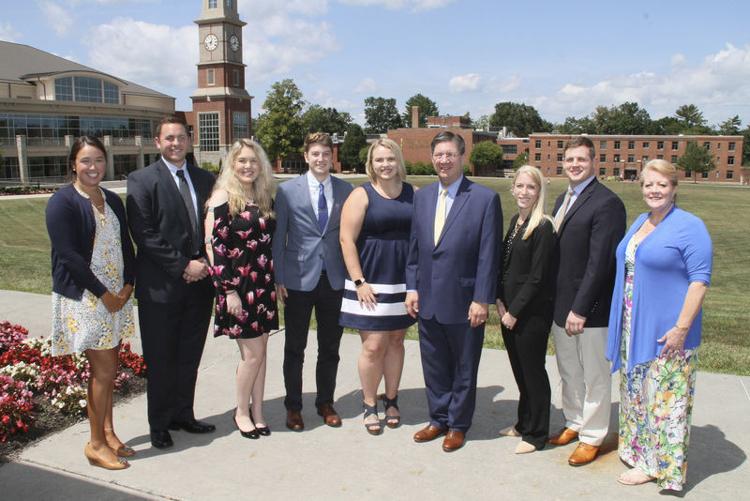 By Jordan Nelson, The Register-Herald Six students at the West Virginia School of Osteopathic Medicine (WVSOM) in Lewisburg…
byDon Smith