SOUTH CHARLESTON, W.Va. – The West Virginia Division of Natural Resources (DNR) is asking the public to become involved in a scientific research project aimed at determining the current distribution of timber rattlesnakes in the state.

Although many people fear rattlesnakes and may want to kill them, rattlesnakes are a critical part of healthy forest ecosystems, and reduce human risk of contracting Lyme disease and other diseases spread by mice and chipmunks, the snake’s main prey.

“Rattlesnakes are essential to controlling populations of these small mammals that can transmit human diseases,” said Kevin Oxenrider, a DNR wildlife biologist.

The DNR is interested in all observations, whether the snake is alive or dead. Information gained from this project will allow the DNR to better manage timber rattlesnake populations and focus conservation and outreach efforts.

The timber rattlesnake has been disappearing throughout much of its range, mainly from habitat loss and direct persecution, Oxenrider said.

“In West Virginia, we are fortunate that our state possesses the intact forests needed by timber rattlesnakes, so our snakes have a real opportunity to thrive,” Oxenrider said. “But to do that, people need to remember that although rattlesnakes are venomous, they are not out to get us or our pets, and that if left alone or observed from a distance, they pose no threat.”

“Although we are collecting rattlesnake observations from the public, we will not be sharing user contact information or the locations of rattlesnakes with anyone,” said Oxenrider. “This protects people’s privacy as well as the location of the rattlesnakes.” 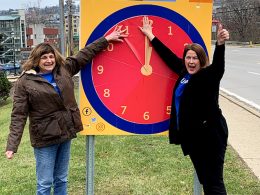 By Jim Bissett, The Dominion Post MORGANTOWN, W.Va. — Put all those Zoom meetings over here and all that…
byErika Diehl 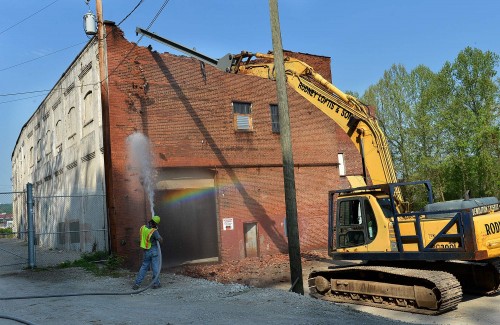 CHARLESTON, W.Va. — After years of problems and months of planning, the first bricks of the century-old building at…
byBrian Canterbury