CHARLESTON, W.Va. — A bill passed by the West Virginia Senate would make it easier or harder for so-called “dark money” to influence state elections, depending upon which side of the aisle lawmakers sit.

Democrats think Senate Bill 539, passed by the Senate on Monday, March 27, would raise the limits over which detailed information about contributions must be disclosed. Republicans think the bill would discourage candidates from taking “dark money” from massive super-PACs by allowing local donors to give more money before triggering more detailed campaign disclosures.

The bill was the subject of hours of debate in committee, on second reading on the Senate floor over the weekend, and on third and final reading Monday. Democratic attempts to amend the legislation, including several during a marathon floor session Monday, were largely shot down by the Senate Republican majority.

As passed, the bill would raise the maximum amount of money an individual or political action committee, or PAC could give to a candidate from $1,000 to $2,700, and would raise the threshold for detailed disclosure of individual contributions from $250 to $1,000.

The threshold for disclosing more detailed information about money contributed by independent expenditure PACs, commonly known as “super-PACs,” also would be raised from $250 to $1,000 under the provisions of the bill, though super-PACS currently are and still would be allowed to contribute an unlimited amount of money to benefit a candidate.

Also Monday, the Senate passed Senate Bill 388, which would allow residents carrying guns in their cars to leave them there while picking their children up or dropping them off at school, provided the guns are kept out of sight or securely locked up if the parents leave the car.

It is currently a felony to have a gun anywhere on school property; the bill would make an exception for school parking lots or pickup and drop-off areas.

The bill would apply to anyone not prohibited from carrying a gun, but would not apply to an 18-to-21-year-old who has a provisional concealed handgun license. The bill passed 34-0 with no discussion.

The Senate also passed Senate Bill 210, which would allow county governments to divert part of their tax collections to fund local road and bridge projects. The bill would require a constitutional amendment.

County road and bridge maintenance was turned over to the state in the 1930s because poor counties could not compete with rich counties to maintain infrastructure. Senate Bill 210 passed by a vote of 29-5.

The Senate also passed Senate Bill 412, which would make salaries paid by contractors working on state contracts exempt from disclosure under the state Freedom of Information Act.

Several Senate Democrats opposed the legislation. Sen. Mike Romano, D-Harrison, and Sen. Ron Miller, D-Greenbrier, said there would be no way to tell if contractors were paying out-of-state workers or illegal aliens under the provisions of the legislation. But Sen. Craig Blair, R-Berkeley, said while the amounts workers were paid would be secret under the bill, their addresses would not be.

In the House of Delegates on Monday, delegates passed House Bill 2004, which would set up a centralized state vehicle inventory system and database to keep track of state-owned vehicles. Delegate Gary Howell, R-Mineral, said the state would finally know exactly how many cars it owns.

Howell said state agencies would be required to report the number of vehicles they own every year, and would have to re-license each vehicle annually as well. All state vehicle plates would be standardized, and feature gold-colored plates with blue letters.

The House also passed House Bill 2548, which would allow bars and restaurants to set up speakers to play music for outside customers, provided the speakers did not clash with local noise ordinances. The bill passed 97-2.

By Gov. Earl Ray Tomblin Community service is a cornerstone of our way of life in the Mountain…
byDon Smith 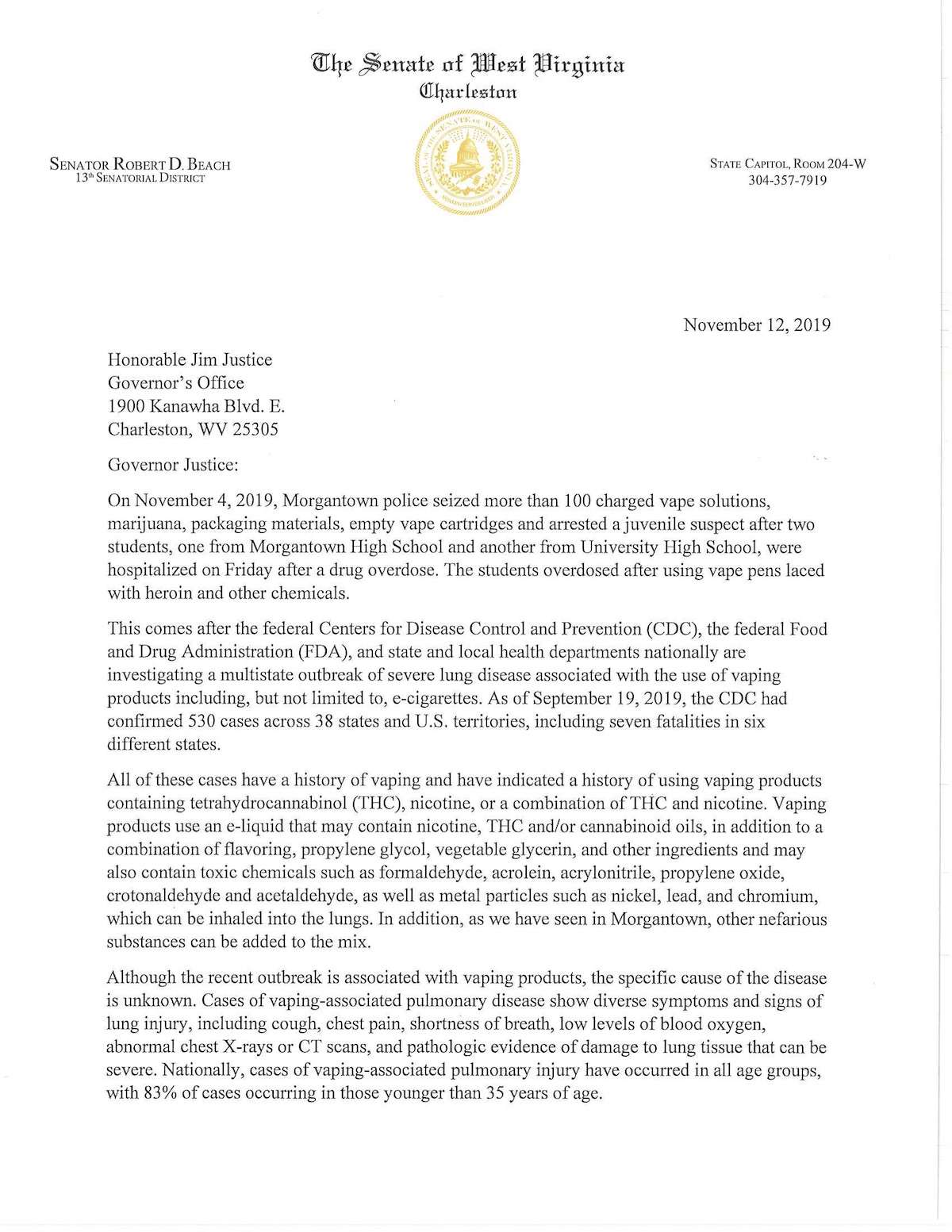