CHARLESTON, W.Va. — Under most circumstances, Pam Glazier of South Charleston said she would be voting for the road bond referendum.

However, she said she’s concerned the additional $1.6 billion of funding for road construction will speed up work on projects like the Jefferson Road expansion — a project that will require the state to buy 71 pieces of property, including the house she grew up in, and where her parents, both in their 80s, still live.

“I lay awake at night worrying about where mom and dad will go,” Glazier said.
The $66 million project, to expand Jefferson Road to four lanes from U.S. 119 to U.S. 60, is one of dozens of projects slated to be funded through passage of the Roads to Prosperity 2017 amendment.

Glazier said the project would take out half of a neighborhood on Jefferson Road and Park Street, displacing people who, like her parents, have lived there since the 1960s.

“They’ve got neighbors who are in their 90s,” she said.

Glazier said she understands the need to improve traffic flow on the busy road but believes there are options that would avoid cutting through her parents’ neighborhood. She said she’s particularly upset that plans provided by the Division of Highways show that her parents’ property would become part of a park-and-ride parking lot, not part of the expanded highway.

“You’re uprooting people and you’re spending a lot of tax dollars,” she said.

As for her parents, Glazier said, “They’re upset about it. They’re having to pack up a lifetime of memories and move for this.”

However, she said it may be worse for neighbors whose houses won’t be purchased by the state, who will end up living next to a four-lane highway.

“I don’t think people realize the scope of this project,” she said.

“I don’t know that it’s accelerated with the road bond,” she said.

Highways did not immediately have a list of projects that are at the point where the state is getting appraisals on properties for right-of-ways.

For Glazier, she sees a vote against the road bond as a chance to buy more time for her parents to stay in their home.

“I typically would be in support of something like this, but this is just too close to home,” she said. 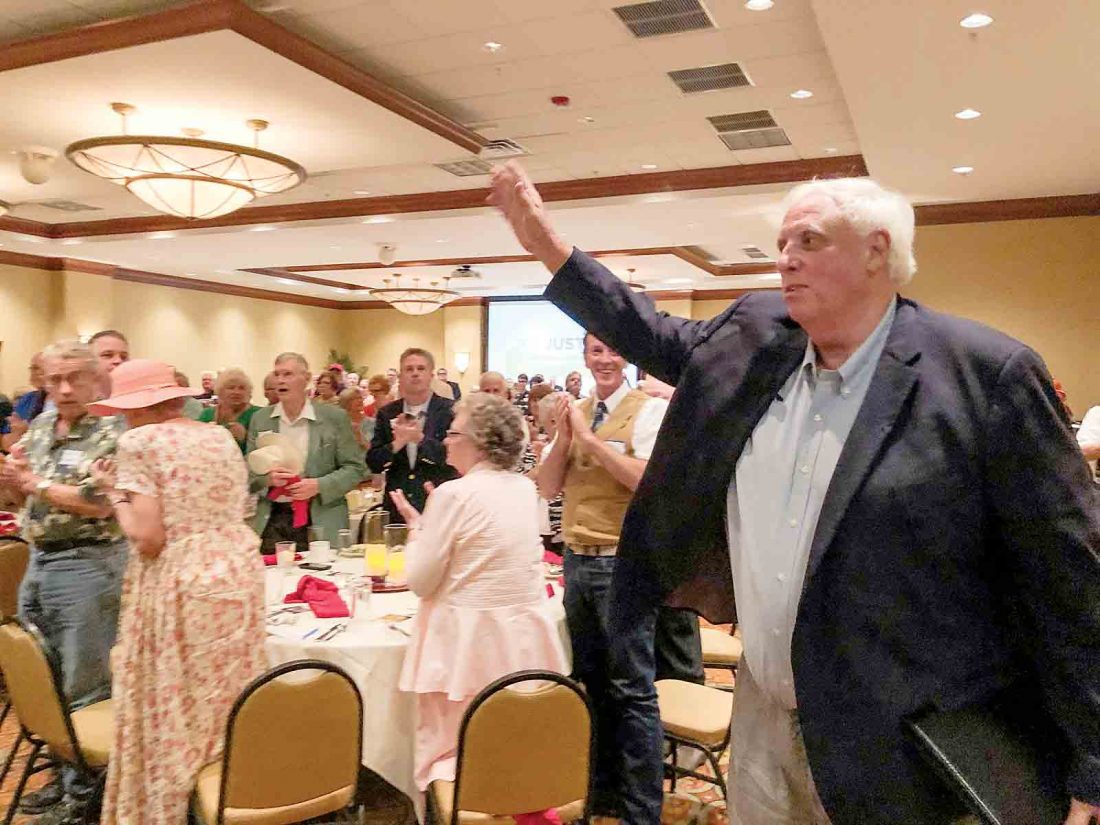