PARKERSBURG, W.Va.  — Works of art that highlight the Appalachian region and its people are on display at the Parkersburg Art Center.

The art center held an opening gala Sunday for the ninth annual Women of Appalachia Project (WOAP) Fine Art Exhibition which includes “Women Speak” performances. The reception also marked the opening of the fifth exhibit of works at the center by the Innovative Arts Alliance (IAA).

The WOAP Exhibition features female artists living in or with strong ties to Appalachia.

“Women of Appalachia comes here every year,” said Kari Gunter-Seymour Peterson, founder and director of the Women of Appalachia Project. “It includes women from nine different states throughout Appalachia, as well as New Mexico and Florida with women who had migrated out of Appalachia to these other states.”

Many people have a image of what an Appalachian woman is and they tend to look down on her, Gunter-Seymour Peterson said. 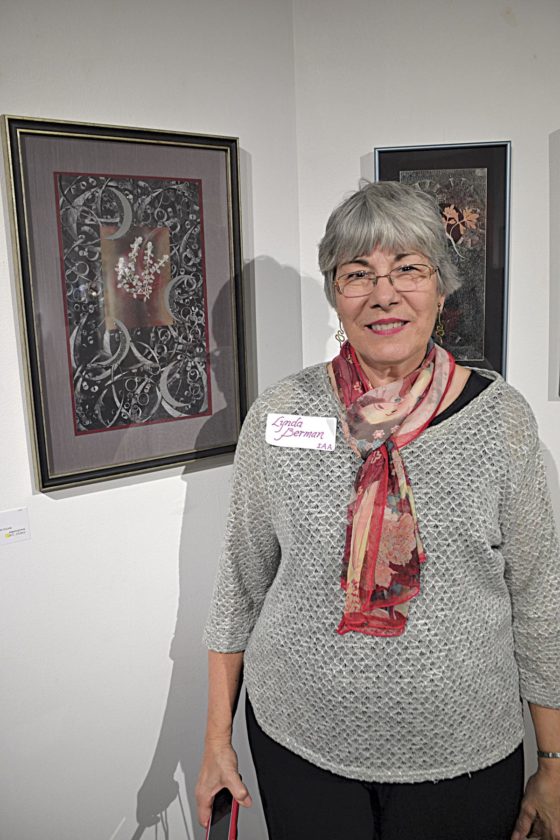 Photo by Brett Dunlap Lynda Berman is one of 11 artists featured in an exhibit from the Innovative Arts Alliance on display at the Parkersburg Art Center. Berman does collages with different types of paper and feature pressed leaves and flowers from her garden.

“Our project focuses on bringing together women of diverse groups, backgrounds, thoughts, aptitudes and art forms and bring them together, embrace the stereotype and entice people to look beyond the superficial,”she said. “Basically, we are saying what you think we are, we are not.

“Look at what we are capable of doing.”

As part of the WOAP program, a spoken word performance featuring poetry, story and song will be 1-3 p.m. Dec. 10 at the art center. The “Women Speak” performance will be free and open to the public. A number of the speakers are published poets.

“Many of the speakers will be from here in West Virginia and will be performing their work that day,” Gunter-Seymour Peterson said. 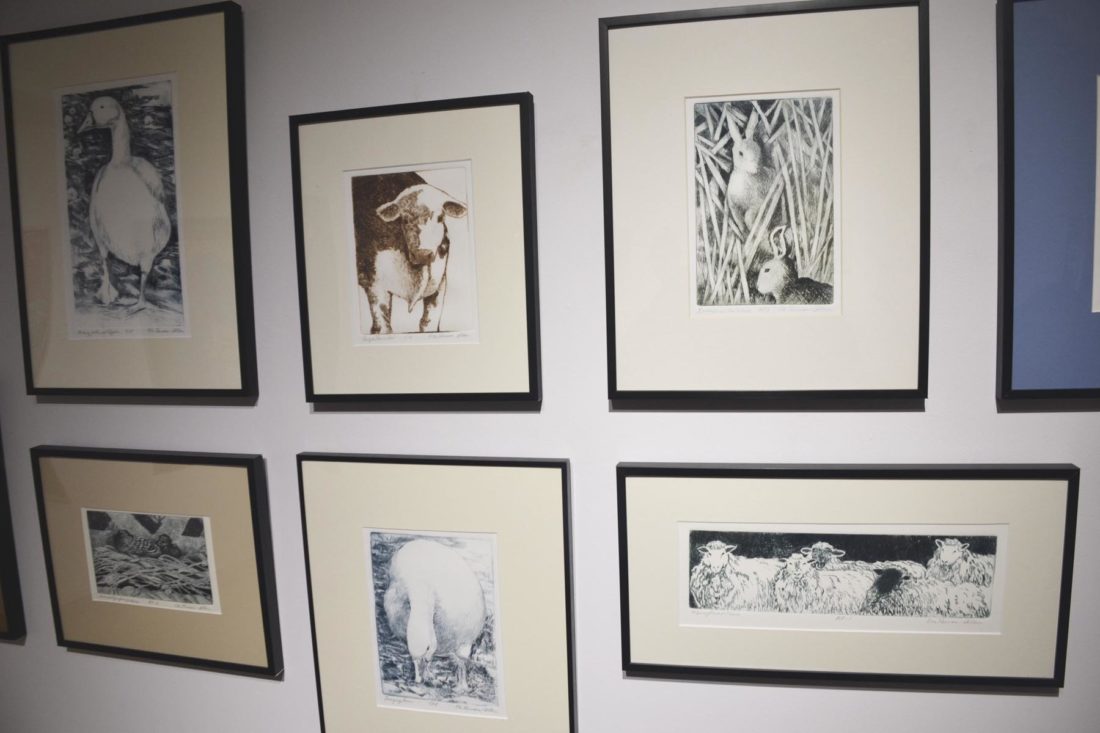 Photo by Brett Dunlap The work of Ele Ruman-Allen of Amanda, Ohio, is featured in a display of artists from the Innovative Arts Alliance. She does drawings of scenes on her farm and of the animals there. Some are from memory and others are scenes she photographed and sketched separately.

“We have a lot,” Gunter-Seymour Peterson said.

Many of the works represent an advancement of skills women in this region have used for years and is now elevated to fine art. Fiberworks which use to be used primarily to make place mats, tablecloths and doilies are now pieces of art.

An overview of the show and the artists is featured on the WOAP website at www.womenofappalachia.com including biographies on how Appalachia influenced them and their art as well as exhibit dates after the Parkersburg show concludes.

They will be going to Ohio University early next year with the “Women Speaks” event planned for April.

For the people who come to the show, Gunter-Seymour Peterson hopes they enjoy seeing the different works and how they represent the Appalachian region.

“People are going to see art they haven’t seen before,” she said. “These works are particular to Appalachia.

“We want people to take a second look at Appalachia and just say ‘wow.’”

Artist Danette Pratt, of Coolville, has a number of photographic works featured in the WOAP show. Her work features natural plants and dying on fabric.

“My work centers around my home,” she said. “I work on my property and take long walks, meditative walks that are reinterpreted into the fabrics I dye.

Pratt has been featured each year in the WOAP’s nine-year history.

“I always have work going on,” she said. “I regularly enter the show.

“The (WOAP) has really grown.”

The Innovative Arts Alliance exhibit features works from a number of painters, a photographer, a lithographer, a carver, a bead artist, a paper-smith who is also a naturalist and four art-quilters.

There are 11 involved in the IAA and they are spread out from Ellensboro to Amanda, Ohio, and Zanesville, Ohio, said Lynda Berman, IAA coordinator. The IAA is featured at the Parkersburg Art Center every other year.

Berman herself does collages with different types of paper and feature pressed leaves and flowers from her garden. Other works feature plants from vacations out west and a friend’s planter among others.

The IAA started out doing quilts, but now includes a number of different mediums and forms. One of the group’s founders, Anna Prince, passed away a few months ago. The current show features three of her works.

Ele Ruman-Allen of Amanda, Ohio, does drawings of scenes on her farm and of the animals there. Some are from memory and others are scenes she photographed and sketched separately.

“I am so familiar with some of these things and I will watch them for awhile,” she said. “I will photograph and do work from memory.”

Berman said the group regularly meets and encourages each other, but it is an impending show that really gets a lot of them fired up.

“There is nothing like a deadline to make you produce,” she said.

Both exhibits will be on display through Dec. 24.