West Virginia House and Senate all in on tax reform, minus Manchin

CHARLESTON, W.Va. — The U.S. House of Representatives and Senate have voted to send the GOP-backed tax reform package to the president, with all but one West Virginian delegate in support.

Sen. Joe Manchin, D-W.Va., voted against the final version of the House and Senate’s conference committee bill early Wednesday, isolating him from the rest of the delegation.

His issues with the bill, shared in an interview Wednesday, run far and wide, including sharp deficit increases, temporary cuts for working-class families coupled with permanent cuts for high-income earners and corporations, and the repeal of the individual mandate of the Affordable Care Act.

“I think, in a nutshell, this is the first time in the history of the United States that we ever started out negotiating tax reform assuming we would add another $1.5 trillion dollars of debt to the already staggering debt we have as a nation,” he said.

The debt figure comes from projections from the congressional Joint Committee on Taxation showing that the deficit will increase by $1.46 trillion by 2027 under the new tax plan. According to data from the U.S. Treasury, the nation currently has a public debt outstanding of nearly $20.5 trillion.

On the other hand, Sen. Shelley Moore Capito, R-W.Va., said the tax cuts, coupled with a top-down trend of deregulation under President Donald Trump, will unleash economic growth while helping working families pay their bills.

She said reducing the corporate tax rate down to 21 percent will make America internationally competitive, and the boom for business will lead to more jobs and higher wages.

“Congress has to create an environment for the private sector to create jobs,” she said.

However, she noted that the deficit projections are a “concern” but thinks economic growth could drown out the revenue lost from the tax cuts.

In a previous interview, Capito said she would like to see a conference committee guarantee permanent tax cuts for working families — namely the roughly doubling of the standard deduction and expansion of child tax credits. In the bill currently en route to Trump, those cuts expire in December 2025.

“That’s where we would like to go next,” she said. “I’m committed to making the individual rates permanent.”

Given the deficit increases and a looming showdown on federal spending, Manchin said Republican leadership has taken up too carefree an attitude toward the debt.

“We’ve already come this far and put an extra $1.5 trillion on the debt, what makes the difference, another $100 billion or more,” he said in jest. “That’s why you can’t call this tax reform. Tax reform would have taken care of that. We wouldn’t have had to worry about busting budget caps or the budget control act.”

According to a November analysis from the Congressional Budget Office on an earlier version of the bill, the congressional PAYGO (pay-as-you-go) Law could trigger major spending cuts. If the tax bill increases deficits by $1.5 trillion over a 10-year window, the PAYGO law requires the Office of Management and Budget to issue a sequestration order to Congress to reduce spending in the following year by $136 billion.

This would include a maximum 4 percent reduction — $25 billion annually — to Medicare. Congress can waive PAYGO rules, but it requires a bipartisan effort.

While Capito said it might be time to take a hard look at, and rein in federal spending, she said Medicare, Medicaid and Social Security are all safe programs.

“I think that that’s always a fear tactic that the other side takes,” she said, “that if they can’t argue the policy, then they’re going to unfortunately frighten, especially, our seniors that Medicare and Social Security is going to be cut.” 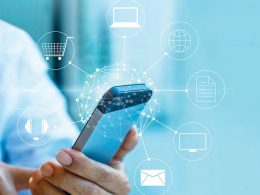 The Dominion Post MORGANTOWN, W.Va. — Along with celebration and joy, another aspect of the holiday season looms…
byErika Diehl