Warner: WV to send White House some, not all, requested voter data

CHARLESTON, W.Va. — The West Virginia Secretary of State’s Office affirmed its position Wednesday to send the Trump administration only voter data that already is publicly available, denying parts of the White House’s request.

“Protection of West Virginia elections data records is of paramount importance to eliminate improper distribution of West Virginians’ private information,” Kersey said. “State code is very clear on the procedures and the information that is to be retained as private and what is public. A request for voter registration information will be considered by submitting the required documentation and the fees associated with the list. We will not release personal information to the presidential commission, even upon request.”

In consultation Tuesday with the state Attorney General’s Office, the Secretary of State’s Office responded to the commission’s July 3 request notifying it of what information may be released, and of the $1,000 fee.

President Donald Trump formed the commission by executive order May 11. In June, it sent letters to all secretaries of state, seeking several data points not subject to release under public records laws, pending the individual state’s code. This led to a wave of public rebukes from as many as 45 states, according to a report by NBC News.

When news of the letter broke, Mike Queen, director of communications for the secretary of state, said West Virginia would not send the White House any Social Security numbers. Wednesday’s announcement supports that statement.

Before Wednesday’s decision, the American Civil Liberties Union of West Virginia issued a letter with the West Virginia Citizen Action Group urging Secretary of State Mac Warner to not send over the data. The letter states that, while the commission claims it operates to tamp down on voter fraud, it is actually a veiled method of voter suppression.

“The genesis of the Commission is based in pure fantasy; it was established to support the President’s outlandish claim that three to five million non-citizens voted in the recent election,” it states. “Despite the tweets of the President, the incidence of voter fraud has been studied numerous times and the consensus from credible research and investigation is that illegal voting is virtually nonexistent.”

The League of Women Voters of West Virginia issued a similar letter, urging Warner not to hand over the data.

As of Wednesday evening, the point could be moot given national news reports that the commission asked Monday for states to hold off submitting the data until a federal judge weighs in on the legality of the request.

Queen said that, as of 5 p.m. Wednesday, his office has not received such a letter, and that, as far as he was aware, his office had until Tuesday to respond to the commission’s request.

Opinion: Travel W.Va. on her birthday 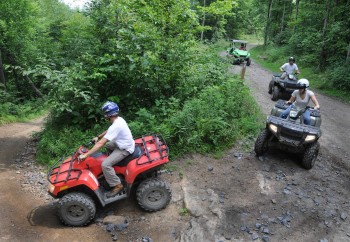 CHARLESTON, W.Va. — Since its inception in 1996, the Hatfield-McCoy Regional Recreation Authority — which operates the popular…
byBrian Canterbury

The Journal MARTINSBURG, W.Va.  — The Veterans Health Administration is sending letters to 4,882 Veterans notifying them of…
byDon Smith