W.Va official says human trafficking can happen to anyone, not just teens, young

By Breanna Francis, The Journal of Martinsburg

MARTINSBURG, W.Va. — Leadership in the Eastern Panhandle said the fight for freedom is far from over as human trafficking continues to take the lives of men, women and children across the country.

According to Katie Spriggs, executive director of the Eastern Panhandle Empowerment Center, while the entity started in 1977, it wasn’t until the 2010s that the organization was exposed to its program weaknesses regarding human trafficking. …

… Spriggs said the victim shared she was ecstatic with her life when she was able to send her daughter off to college, worked at a bank and had divorced her abusive ex and decided to celebrate her new lease on life with her first vacation to Washington D.C. to visit her aunt, who lived in Virginia.

It was on this train ride from Florida to Washington D.C. the victim said she made a female friend and, when they arrived during rush hour in the city, accepted a ride from a gentleman who said he would help them get out of the city to meet their respective families who were supposed to pick the women up.

“She said she had a thought she shouldn’t accept the ride but thought because she had her friend from the train with her that everything was fine,” Spriggs said. “… The men had taken their phones and IDs … and so began a little over a year of this victim being sex trafficked through our region. She was trafficked by three different entities and… he even allowed her just enough contact with her family that they didn’t report her missing.” …

CHARLESTON, W.Va. — The federal appeals court that covers West Virginia has agreed that a ban on same-sex…
byBrian Canterbury 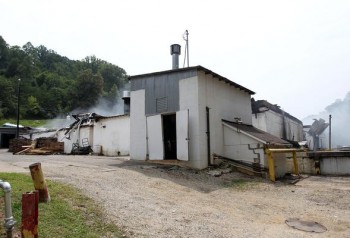 WAYNE, W.Va. — Three days after the Ballard’s Farm Sausage plant was engulfed in flames, the facility is…
byBrian Canterbury

Charleston, W.Va – As the Fourth of July holiday approaches, people around the country will celebrate our Nation’s…
byDon Smith