University improves recycling habits, but expert says they could do more

MORGANTOWN, W.Va. — WVU says its efforts to increase recycling on campus are working, but some believe the University could be doing more.

WVU implemented a single-stream recycling system three years ago in an effort to increase the amount recycled by the University and cut down on waste.

Despite some pushback, it is working, according to Traci Knabenshue, director of the WVU Office of Sustainability.

The single-stream system is meant to make recycling more convenient by accepting more materials and not requiring the consumer to sort them, instead having everything sorted by a machine.

Since WVU implemented the program, Knabenshue said the University’s recycling tonnage has increased by 60 percent.

Not only is this good for the environment, she said ,it is also saving the University money.

“When you take recycling over to the tipping station, there’s no fee on that,” Knabenshue said. “When we throw trash away, we pay a fee per ton to throw that trash away. So we avoid a lot of that cost.”

Though Knabenshue says WVU has improved, some believe we could be doing better.

“I think a lot of students do not know how to recycle or how to do it on a regular basis,” said James Kotcon, associate professor of Plant Pathology. “We frequently find recyclable materials, such as aluminum cans or plastic bottles, thrown into the trash and we find non-recyclable materials or things contaminating, like food waste, put in the recycling bins.”

Kotcon is the faculty adviser of the Society of Environmental Professionals and the Sierra Student Coalition.

He believes WVU could be doing more to educate students and staff on the importance of recycling, what materials to recycle and how to do it more effectively.

“Sorting that material and doing a better job of keeping it clean is a very simple thing to do, but it does sometimes take more education and more incentives for everyone to do that properly,” Kotcon said. “We’ve made great progress, we need to go further.”

From The Intelligencer of Wheeling:  West Virginia legislators have been set up for a failure that could affect…
byDon Smith 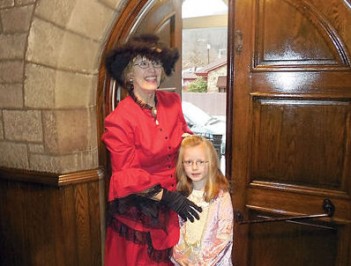