CHARLESTON, W.Va. (July 19, 2016) – Gov. Earl Ray Tomblin and U.S. Sen. Joe Manchin today took the first Uber ride in West Virginia — from the Capitol Market to the State Capitol to announce the official launch of Uber services in the state. They were joined by Tom Hayes, Uber general manager for West Virginia.

“With bipartisan support from both the House of Delegates and Senate earlier this year, we were able to enact legislation that paved the way for Uber to come to West Virginia, and for the very first ride in our state today,” said Gov. Tomblin. “By bringing companies like Uber to our state, we are spurring economic growth, new jobs, enhanced tourism opportunities and valuable services for West Virginians.”

“I am excited to welcome Uber to West Virginia,” Senator Manchin said. “Uber is part of our rapidly changing economy and I’m pleased to see the investment Uber has made in West Virginia. As Governor, and now as United States Senator, I have always been committed to enhancing our job climate so West Virginians have good paying jobs. I thank Uber for pursuing this wonderful business venture in West Virginia and recognizing our state’s aptitude for economic growth and prosperity.”

“We’re excited to bring safe, reliable transportation options at the touch of a button and flexible work opportunities to West Virginia communities starting this afternoon,” said General Manager for Uber in West Virginia Tom Hayes. “I want to personally thank Governor Tomblin and Senator Manchin for their support, as well as policymakers in the West Virginia Legislature for their leadership developing a sensible, modern regulatory framework for ridesharing in the state.”

West Virginia’s new ridesharing law establishes a comprehensive, statewide regulatory framework consistent with the modern ridesharing laws passed in more than 30 states across the country. Initially available in Charleston and Morgantown, Uber plans to expand to other West Virginia communities in the near future as operations grow in the state. Uber is now available in 450 cities around the world in more than 70 countries. 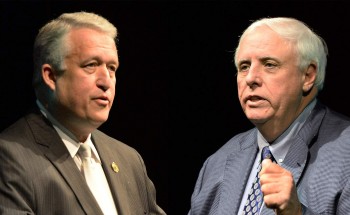 Some opting to sell rather than lease mineral rights

WHEELING, W.Va. — It appears as if a slight shift is taking place in the local gas leasing…
byBrian Canterbury

Pipeline plans heat up in W.Va.

By FRED PACE The Herald-Dispatch of Huntington HUNTINGTON, W.Va. – With growth of natural gas in West Virginia,…
byDon Smith