CHARLESTON, W.Va. — They can stretch for miles and often hang around population centers like Charleston, Huntington and Morgantown, but remain unseen — and often unknown — throughout their lifespans, which can last for decades.

What they have helped produce in West Virginia, however, can often be seen as clear as day: renovations to the Charleston Civic Center, new baseball and soccer fields at Putnam County’s Valley Park and, eventually, a site for a new South Charleston shopping center.

Tax-increment financing districts are set up and used by local governments to direct a portion of taxes within the district toward a project also inside its borders, the acceleration of economic development in mind. 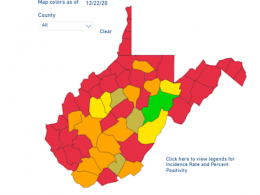