SHEPHERDSTOWN, W.Va. — On Sunday, the Women’s March WV – Eastern Panhandle, Jefferson County Vigilance, and Eastern Panhandle Young Democrats held a candlelight vigil in honor of the 17 victims of gun violence that lost their lives and those who were injured in the mass shooting inside a high school in Parkland, Florida last week. The vigil will was held at the Wall at McMurran Hall in Shepherdstown.

Local resident Trae Yates sang to the crowd a rendition of “Amazing Grace”as residents bowed their heads in solidarity.

Scott Rogers, Mayor of Charles Town, spoke at Sunday’s vigil declaring that now is a time for change. 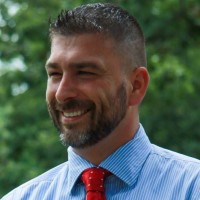 CHARLES TOWN, W.Va. — Jefferson County Commissioner Eric Bell has announced his intention to step down from his…
byBrian Canterbury