Manchin, D-W.Va., made that statement Wednesday while meeting union leaders at Wheeling Coffee and Spice. However, the Democratic senator also took time to respond to the Republican president’s comments that the senator has not been supportive of the president’s bipartisan efforts toward tax and health care reforms.

“I’ve voted with him 63 percent of the time,” Manchin said. “I’m the only person who has kept him bi-partisan looking at the deals and legislation that made sense, and that I could come home and explain.”

By JIM McCONVILLE The Journal MARTINSBURG, W.Va. — In this case, it actually happens to be brain surgery.…
byDon Smith 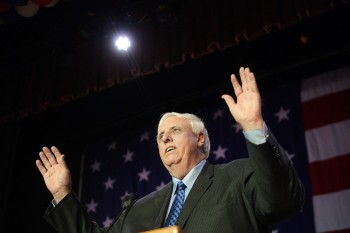