NCAA: WVU offense must be efficient against Gonzaga

SAN JOSE, Calif. — That West Virginia remains in the NCAA tournament indicates the Mountaineers have neither need nor interest in changing what produced 24 regular-season wins and now four more in the postseason.

Fortunately for them, the Sweet Sixteen requires WVU does very little new and unusual, and it begins with the obvious: The Mountaineers better bring some scoring to the SAP Center for the 7:39 p.m. game on TBS. Gonzaga, the No. 1 seed in the West region, leads the nation in fewest points allowed per possession and is Ken Pomeroy’s top-rated team for adjusted defensive efficiency.

“No. 1, they do a great job of scouting, so they know what you’re going to do,” said Mountaineers coach Bob Huggins, who is 0-4 against Gonzaga coach Mark Few, including a first-round loss in the 2012 tournament, when Huggins admits Gonzaga took his best offensive players, Kevin Jones and Truck Bryant, out of the game.

“To be successful in our game is about taking things away from people, and they do a terrific job of taking things away. Then they’ve got that great size inside — not just size, but they’re good. And they limit you to one shot.”

The Bulldogs are also No. 2 in field-goal percentage defense and No. 2 in defensive rebounds per game, so they do well to minimize scoring opportunities. They allow 61.1 points per game, which ranks No. 5 nationally. Iowa State managed 71 points in a loss. Florida and Arizona are in the Sweet Sixteen, and they scored 72 and 69 points in defeat. Gonzaga has allowed 80 points once since New Year’s Day and not at all in the past 20 games. None of the 35 opponents shot 50 percent from the floor.

“It’s a pretty good defensive team,” WVU guard Tarik Phillip said. “What they try to do is point out the person who can’t score and try to make him shoot the ball the most.”

Gonzaga’s skill insists WVU make shots and score points when they’re available, but those are the same demands that preceded the prior game. The Mountaineers weren’t expected to created a plethora of turnovers and subsequent scoring chances against Notre Dame, which was committing turnovers less frequently than everyone else in the country.

Five players scored in double figures for just the third time all season. WVU moved the ball inside and outside and found success with some quick scores but also by asking Notre Dame to play defense for the duration of the shot clock. That’s again the task tonight.

“If we move the ball and get their defense off balance, we can find the gaps and attack,” Mountaineers forward Esa Ahmad said. “Once we start hitting layups, we can find the open guys outside.”

Getting inside isn’t easy, though. The Bulldogs (34-1) can and will switch matchups on the perimeter to counter an offense’s plans. They also start 7-foot-1, 300-pound center Przemek Karnowski. He doesn’t yield space inside and has blocked 35 shots.

“I think everybody’s always over the years focused on Gonzaga’s offense,” Few said. “And we’ve been an elite program offensively for years. This team has been great defensively all year. It’s had elite-level rim protection and size.”

The Bulldogs are doing it with a batch of first-year players. Collins is new to college basketball. Williams is a transfer from Missouri, where he led the Tigers in blocked shots in 2015. Guard Jordan Matthews is a graduate transfer from Cal. Guard Nigel Williams-Goss is a transfer from Washington. Karnowski missed the final 28 games last season with back and leg injuries.

Few nevertheless had a hunch the new talent could produce a new strength.

“I think in the preseason he saw how athletic and how long we were, and we all have pretty good defensive instincts individually,” Collins said. “He kept telling us in the preseason, before we’d even practiced, we had the potential to be a great defensive team if we kept our heads, so when real practice started, one of the biggest things we focused on was defense, whether individually or as a team, man or zone.

“Every single practice, we emphasized defense. I definitely think it’s a credit to Coach to stay on us, but we’re also really gifted with size and length and athleticism.”

The No. 4 seed, the Mountaineers (28-8) will have to deal with all of that, but size was a variable in the first two rounds.

Bucknell did have a 6-9 forward who was the Patriot League’s overall and defensive player of the year, and Nana Foulland caused problems on both ends of the floor, but WVU was bigger and took advantage of that.

Notre Dame used 6-5 Bonzie Colson around the basket, and the Mountaineers were content to exploit the absence of a defender who could block and alter shots. When the Fighting Irish backed off the perimeter to protect the paint, WVU was happy to shoot open jumpers.

Gonzaga has size that’s superior to both opponents, but the Mountaineers have very much the same approach in mind. Where first they had to make the most of their size they now have to use that size to accept the Bulldogs’ challenge.

“I don’t feel like we’re going to get out of our game and just start shooting jump shots,” said forward Elijah Macon, whose early points against Notre Dame established the day’s theme.

He looked to his left and at 6-9 Brandon Watkins, who was seated in between Macon and 6-8 Sagaba Konate. 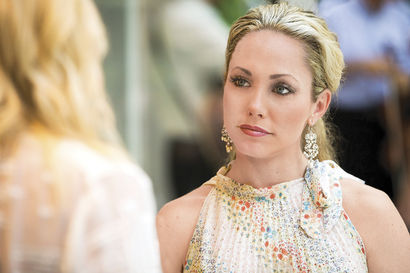 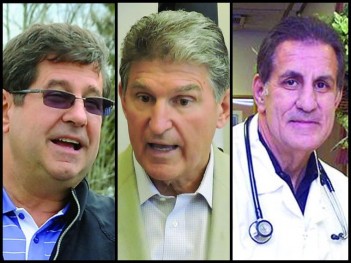