PARKERSBURG — Multiple warehouse facilities owned by the Naik group of companies were inspected Thursday by state and local authorities.

They’re among 12 properties — not all of which belong to the owners of the destroyed Intercontinental Export-Import Plastics warehouse — slated for inspection by two teams of representatives from the West Virginia Department of Environmental Protection and the State Fire Marshal’s Office, Lawrence Messina, director of communications for the West Virginia Department of Military Affairs and Public Safety, said in an email Thursday.

“Several sites are affiliated with IEI, while others are warehouse properties in the area of the fire scene but are unrelated to IEI,” he said. “Officials continue to work toward compiling a comprehensive list of IEI-affiliated properties for public release.”

Messina said he did not have a list of the properties to be inspected readily available.

Properties on Depot Street and Jeannette Street in Parkersburg were inspected Thursday, Parkersburg Fire Chief Jason Matthews said. And state vehicles, including one from the fire marshal’s office, were seen at the Polymer Alliance Services warehouse off DuPont Road in Washington, W.Va., Thursday afternoon. 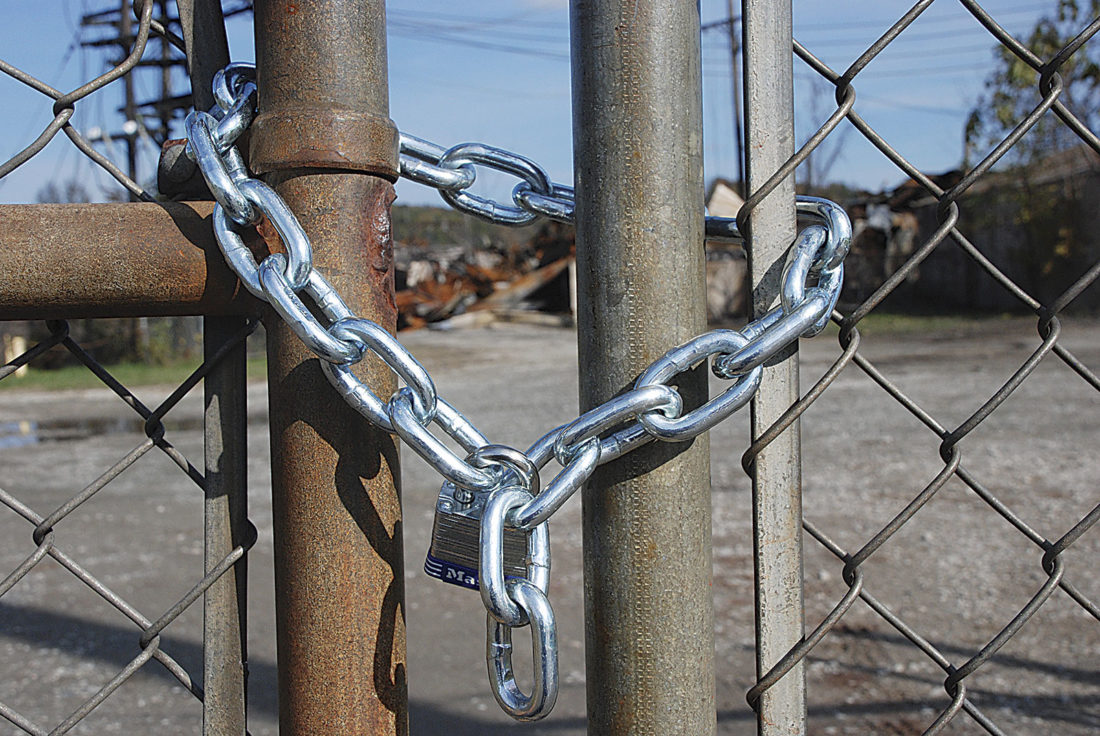 Matthews said city fire and code enforcement officials would accompany the state teams to properties within the city.

“We’re doing full inspections,” he said, noting sprinkler systems, the height of stacked items and more would be examined. “It’s good to have a number of eyes on it.”

Ideally, Matthews said, large commercial buildings like the warehouses would be inspected annually, but with the department budgeted for just one fire inspector, that’s simply not possible. New businesses and new construction take precedence, he said.

Buildings with fire alarms and sprinkler systems are next on the priority list, “but that’s at minimum a two-year process,” Matthews said. However, they are required by National Fire Protection Agency standards to have those systems tested once a year, which is something that is verified by the city fire inspector, he said.

While other sites were being inspected for potential fire and environmental risks Thursday, firefighters returned to the IEI scene twice on Wednesday night. 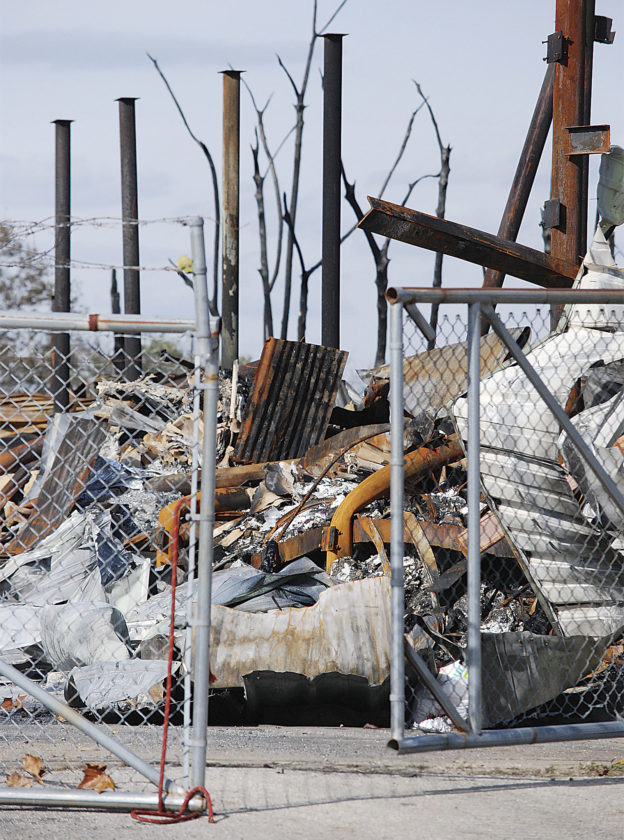 An area around a heavy steel beam from which smoke was rising was doused with about 1,000 gallons of water following the first call.

A second call came in around 11 p.m. and firefighters returned to the scene, Wood County 911 Director Rick Woodyard said.

“There was no flame; there was no smoke,” he said. “They called in here complaining about the smell.”

Lubeck Volunteer Fire Department Chief Mark Stewart said as long as the burned material remains at the site, the smell will too. He asked people not to call 911 solely because of the odor.

“Until that stuff’s gone, there’s going to be a smell,” Stewart said. “Just because there’s a smell doesn’t mean it’s burning.”