In a news conference Tuesday afternoon, Justice and Secretary of Revenue Dave Hardy said the state’s debt rating dropped from Aa1 to Aa2, due to multiple years of growing structural imbalance in the state’s budget between how much money the state brings in and how much money it’s spending.

The downgrade marked a reverse trifecta of sorts for the state, as the two other major rating agencies, Standard & Poor’s and Fitch, downgraded the state’s ratings in 2016.

“All I can say is this just makes me sick,” Justice said. “That’s all there is to it. … It’s disappointing as can be to get downgraded. We had first Standard & Poor, then Fitch. For crying out loud, this is the third. So it’s going to get worse. It’s not going to get better. It’s going to get worse if we don’t act and we don’t do something.”

Moody’s also noted that while the state has used some revenue enhancements, cuts to spending, and used its de facto savings account, the Rainy Day Fund, to close its budget gaps, the state’s actual revenue consistently lags behind state officials’ estimates.

Moody’s projected the imbalance in the state’s financial structure was likely to continue “at least through 2018.”

The across-the-board downgrades come as West Virginia legislators have cut $600 million worth of government operation via the state’s general revenue fund in the past five years.

Justice, a Democrat, said the budget-balancing plan he presented to the GOP-led legislature during his State of the State address earlier this month was the start of a path toward preventing further downgrades and continued dwindling in state revenue.

The GOP-led West Virginia Legislature approved a budget for fiscal year 2017 in June during a special legislative session, which included an estimated $98 million in revenue from an increase in the state’s tobacco tax and a $70 million withdrawal from the Rainy Day Fund, to close a $270 million budget gap in the state’s $4 billion general revenue fund.

The state already is estimated to come up short in revenue by $123 million for fiscal year 2017. Justice has proposed using $123 million from the state’s Rainy Day Fund to balance the state’s budget for the current fiscal year, saying he wanted it to be the last time the state dipped into the fund.

Moody’s explanation of the downgrade on Tuesday also noted that while the state’s economy had begun to stabilize some, the state’s pension liabilities remain above average.

West Virginia annually pays $30 million toward its other post-employment benefits liability fund, commonly referred to as OPEB. The state is on track to fund its remaining liabilities by 2037. Justice said Tuesday that any attempts to refinance that plan or to skip payments would only further harm the state’s ratings.

“That’s one of the big things Moody’s said. ‘If you do that, you’re even more unstable,'” Justice said.

In his State of the State, Justice proposed a new roads program that, in concept, could create up to 25,000 jobs in the Mountain State.

That plan included cutting general revenue contributions to the state road fund, worth about $11.7 million. Under Justice’s proposal, money for the road fund would be replenished with funds raised in his proposed highway program.

The highway program would include raising DMV fees from $30 to $50, a $1 toll increase on the West Virginia Turnpike and raising the excise tax on gasoline by 10 cents per gallon. The current gas tax is 20.5 cents per gallon.

His plans also include 45 highway projects across the state with $1.4 billion in bonding, or even twice that, over 15 to 20 years, most of which would require voter approval.

The leaders of both of West Virginia’s legislative chambers said the Moody’s downgrade was another sign that changes were needed in West Virginia, particularly less “tax-and-spend” policies.

“The failed tax-and-spend policies of the past will not solve this problem,” House Speaker Tim Armstead, R-Kanawha, said in a news release. “We need bold leadership to right-size our state government and restructure our tax code in a way that promotes growth. The proposal to increase spending by another $318 million and pay for it with the largest tax increase in the history of our state will not solve our budgetary challenge. In the coming weeks, we will work to construct a budget that will restore confidence in our future economic outlook.”

“The bond downgrade underscores the urgency and the need for fundamental reform and a new direction in West Virginia,” Carmichael said in a news release. “The old policies of simply raising taxes and spending more will only lead to further structural deficiencies and continued downgrades. This news makes it abundantly clear the time for new policies cannot wait, and we will not turn this ship around with continued taxation and unchecked spending.”

By TAYLOR STUCK The Herald-Dispatch HUNTINGTON, W.Va. — Just as the weather turns the perfect temperature to bring…
byDon Smith 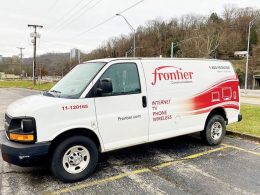 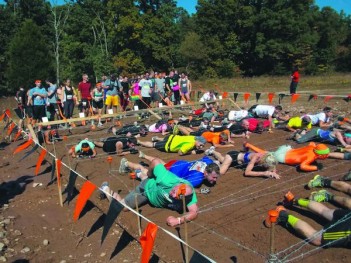 By KEN WARD JR. Charleston Gazette-Mail CHARLESTON, W.Va. — A bill that would allow more pollution to be…
byDon Smith