CHARLESTON, W.Va.  —  Bills have been introduced in both the House and Senate to legalized marijuana for medicinal use in West Virginia.

SB 386 and House Bill 2071 would authorize the use of pharmaceutical cannabis to treat certain medical conditions. In the Senate, Patricia Rucker, R-Jefferson, is one of 12 senators sponsoring the bill. In the House, three delegates have sponsored the bill.

The bill in the House states medicinal marijuana would be an appropriate medical treatment for a person diagnosed with cancer or a disease, disorder or condition in which use of the cannabis based pharmaceutical product alleviates symptoms such as seizures, severe and persistent muscle spasm, and no other satisfactory alternative treatment option exists for the patient.

Rucker said many voters asked her to support legalizing medicinal marijuana on the campaign trail, and her research led her to believe it could have benefits for those with certain diseases or conditions.

“If there are people that can be helped by this bill it should become law,” Rucker said. “That is why I am co-sponsoring it.”

Rucker said she has suggested changes to the bill to strengthen and guide regulation, but she was the first Legislator to co-sponsor the bill.

“I believe that medical treatment is a personal matter,” Rucker said. “The decisions regarding treatment are best left between the patient and attending physician. I believe that the role of government is to make sure that doctors are not prohibited from making the choices for their patients that they believe are in their best interests. Especially when there is a sound medical basis for it.”

In addition to potentially benefiting patients in need of marijuana for various medical conditions, some have argued it would reduce the amount of people arrested in the state.

According to Jacquelyn Kirby, public information officer of El Paso County, Colorado Police Department, the complete legalization of marijuana in Colorado has been neither good nor bad for the state.

Kirby said the arrest rate for El Paso County Police has neither decreased nor increased, and she said it’s hard to quantify whether there was an economic impact from the legalization movement.

“The biggest issue since legalization is illegal growth activity,” Kirby said. “People are getting houses for marijuana growth and with the climate the plant needs to grow, it can become a drain on resources.”

Although it has been two years since Colorado legalized recreational marijuana use, Kirby said she advises other states considering similar legalization to monitor the legal growth of the plants to ensure growers are following guidelines and being compliant with the regulations of the state.

Currently, the Jefferson County Sheriff’s Department reports 19 cases of marijuana possession in the last six months — three of which appear to cases where the driver was driving under the influence. 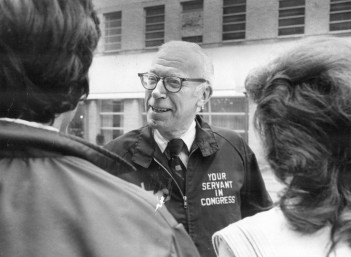 CHARLESTON, W.Va. — Ken Hechler may be 99 years, 364 days old, but there’s no slowing down the…
byBrian Canterbury

NOTE:  WASHINGTON, D.C. — President Donald Trump said Tuesday that his nominee to be the nation’s drug czar is…
byDon Smith